An eye-opening survey by Yale and George Mason University found that two-thirds of Americans trust Greta Thunberg as a source of information about global warming. Even though she’s famous for skipping class to do activism instead of learning science.

More than half of Americans also trust Rep. Alexandria Ocasio-Cortez (D-NY) for climate information. But she sounds more like a cult devotee than a scientist when she discusses climate data. At her best, she talks about the issue in the sensational terms of a “moral panic,” not with the scientific point of view.

And of course, it’s also no secret that Ocasio-Cortez and Thunberg have a policy agenda. That’s hardly the basis for an objective evaluation of the facts.

Greta Thunberg Is a Climate Scold – Not an Educator

It’s amazing that so many Americans consider Greta Thunberg a trustworthy source of information about global warming. Because she’s not really famous for teaching people about climate science.

She’s famous for yelling at them for not doing enough about climate change. Greta Thunberg is an activist, not a scientist.

Thunberg hardly engages in a dispassionate assessment of the scientific literature on climate change. She’s more about emotionally-charged exhortations to the world’s governments to take more regulatory action.

And getting students to skip school to hold signs with said exhortations. Yet even when she does this, Greta Thunberg spreads misinformation.

In her famous U.N. Climate Action Summit speech, Thunberg said the “solutions needed are still nowhere in sight.” As if global solar panel prices haven’t collapsed since the 1970s and continue to drop in recent years. And Elon Musk isn’t turning people’s roof shingles into solar panels and providing the world with zero carbon electric cars. 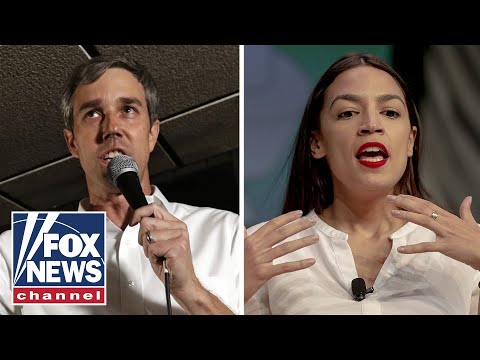 While 51% of Americans said they find AOC trustworthy on global warming, they should think twice about that.

Last January, Ocasio-Cortez made a stunning (but phony) claim about the climate. She said the world would end in 12 years if we don’t address climate change:

Millennials and people, you know, Gen Z and all these folks that will come after us are looking up and we’re like: The world is going to end in 12 years if we don’t address climate change and your biggest issue is how are we gonna pay for it? This is the war — this is our World War II.

The Associated Press fact-checked this apocalyptic warning and reported:

THE FACTS: There is no scientific consensus, much less unanimity, that the planet only has 12 years to fix the problem.

AOC says she based the claim on an October 2018 report by the Intergovernmental Panel on Climate Change (IPCC). But another fact check by CNN reported:

And the AP fact-checker asked James Skea, a co-chairman of the report, to clarify whether AOC’s interpretation was accurate. He confirmed the panel “did not say we have 12 years left to save the world.”

Glad to clear this up… The hotter it gets, the worse it gets, but there is no cliff edge.

Ocasio-Cortez has said it may not even be okay to have children because of global warming. She’s warned “every coastal city” will go underwater and prehistoric viruses frozen in glaciers will infect humanity.