Tesla (NASDAQ: TSLA) stock has been on a historic tear. The EV manufacturer’s market-cap is almost at $100 billion, and it is basking in the warm glow of strong growth prospects and risk-on trading conditions in the U.S. stock market.

Things could still get even better for Elon Musk. The world’s largest asset manager, BlackRock, announced a shift towards sustainable investments. And TSLA might just be the firm’s new crown jewel.

BlackRock manages an eye-watering $7 trillion fortune and oversees a portfolio that is heavily invested in fossil fuels. That’s about to change.

We will see changes in capital allocation more quickly than we see changes to the climate itself. In the near future – and sooner than most anticipate – there will be a significant reallocation of capital.

He was careful not to state there was going to be a total divestment from oil companies. This would be very impractical from a liquidity standpoint. BlackRock invests more in fossil-fuel reserves than anyone else in the world.

Tesla Stock Is An Ideal Alternative To Fossil Fuels

This commitment to “green” investing, suddenly leaves Tesla front and center as the perfect option for BlackRock to increase their exposure to sustainable investing.

Elon Musk made it clear from day one that his vision revolved around electric cars powered by energy harvested from the sun with solar panels. 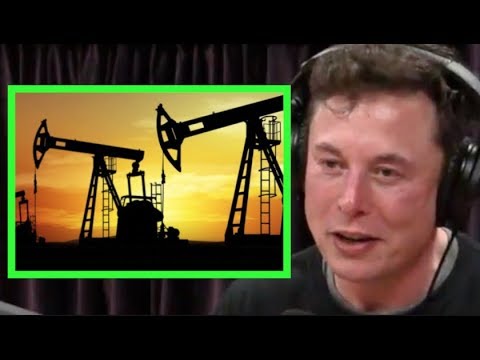 It doesn’t hurt that Larry Fink is already one of the largest owners of TSLA stock, and recently upped his holdings by 5.37% in November last year. Of course, Fink isn’t necessarily a fan of Elon Musk, as BlackRock voted to oust the mercurial billionaire from his role as chairman in 2018.

So how much money can flow out of the pipeline and into Tesla stock? A lot.

In 2019, the asset manager had around $90 billion worth of assets in oil, coal, and gas. This is only slightly less than TSLA’s entire market cap, highlighting how much capital could be re-deployed at Fink’s command. 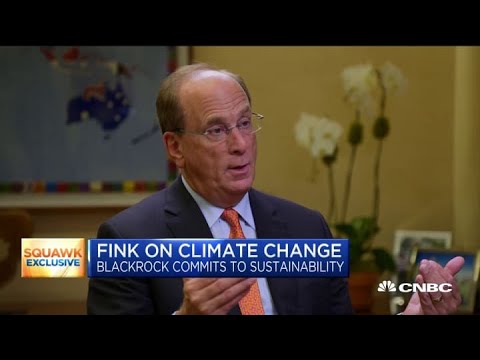 BlackRock has reportedly lost $90 billion investing in fossil fuels over the last decade, so don’t be fooled that Larry Fink has a sudden desire to help save the koalas.

Currently riding parabolic arc, Tesla stock is at all-time highs. The run-up appears to have been mostly fueled by a genuinely-historic short squeeze.

It’s also possible that word had gotten out on Wall Street about BlackRock’s upcoming shift, or even that the $7 trillion behemoth has wisely covertly started re-deploying its cash.

While it isn’t clear precisely what has happened in the market, two things are apparent. Tesla stock is the perfect target for Fink’s push into more sustainable investments, and there is more than enough fossil fuel money on hand to drive an already-elevated TSLA to the moon.