The World Health Organization (WHO) has confirmed that the asymptomatic spread of the COVID-19 virus is ‘very rare’. Major progress in understanding the pandemic may fuel growing appetite and certainty for investors in the stock market.

It still appears to be rare that an asymptomatic person actually transmits onward to a secondary individual.

The thread of asymptomatic distribution of the virus sparked fear across the U.S. and Europe as economies started to reopen.

Top scientists now believe individuals without symptoms infecting other individuals is uncommon. The findings are likely to boost the confidence of investors in the near-term.

Institutions Aren’t Buying as Stock Market Rallies, But Not Selling Either

After the massive plunge of equities on March 23, institutional investors started to prioritize cash over stocks as a safety net.

But, that does not mean institutions have been selling stocks.

According to a Gallup poll, investors have not been in a rush to sell. Around 55% of the respondents invested in the stock market said they are holding steady with no intent to sell.

The U.S. stock market has had a historic run in the past two months due to the explosive demand from retail investors.

Retail investors were only able to push the stock market upwards because the selling pressure from institutions was low.

Now, billionaires are also beginning to show signs that they believe in the stock market rally.

During the Economic Club of New York’s webinar, Druckenmiller said his fund generated a 3% return since March.

The Dow Jones Industrial Average (DJIA), in contrast, saw a 48.3% upsurge since March 23.

Billionaires and large hedge funds rushed to safer alternatives like bonds and cash to protect their holdings.

The cautious approach of high net-worth investors in the midst of multi-trillion dollar stimulus, positive data about the pandemic, and relaxed financial condition proved to be ineffective.

Economies Will Reopen More Aggressively With Optimistic WHO Data

In the near-term, the data from the WHO may act as a hopeful variable that may further add to the momentum of the stock market.

If asymptomatic cases decline and individuals without symptoms are unlikely to spread the virus, then it will encourage governments worldwide to take a stronger stance in reopening their economies. 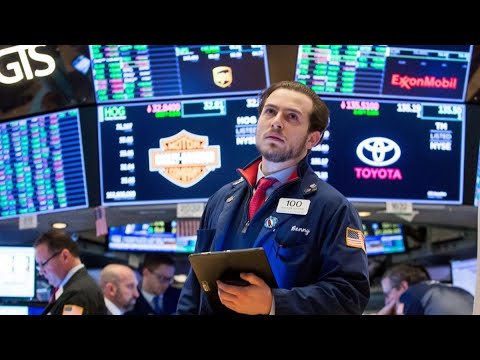 The plans of the U.S. government to fully reopen its economy and recover the jobs market were the main catalyst of the recent stock market uptrend.

The WHO said it is possible to “drastically reduce” transmission of the virus by isolating asymptomatic cases. If so, the risk of an enormous second wave of the virus decreases.