Le’Veon Bell’s debut campaign with the New York Jets hasn’t exactly gone as expected. But even amid season-long struggles, both parties could take solace from the fact that the air of controversy surrounding Bell’s exit from the Pittsburgh Steelers has been mostly absent throughout 2019.

Well, until last week, at least, when Bell went out bowling with family and friends the night before an illness sidelined him in New York’s 22-21 win over the Miami Dolphins. Perhaps making matters worse, the Jets levied no discipline against him even after the news was made public.

A healthy Bell performed admirably in the Jets’ subsequent loss to the Baltimore Ravens last Thursday. Regardless, New York’s tacit endorsement of his flagrant disregard for optics speaks to a bigger cultural issue within the team – especially in the wake of a similar situation in the NBA.

Dion Waiters isn’t close to Bell’s equal as a player. The veteran guard has a long history of underachieving on the court and causing issues in the locker room.

But it wasn’t until 2019-20 tipped off that it became abundantly clear Waiters’ conduct would completely derail his career – a development ushered in by Miami’s forceful response to his continued insubordination.

Waiters was suspended for the season-opener for conduct detrimental to the team. Less than three weeks later, Waiters suffered a panic attack on the team plane after reportedly eating an edible gummy, yielding a six-game suspension. Then on Thursday, the Heat announced that Waiters had been suspended for 10 additional games for a “failure to adhere to team policies.” 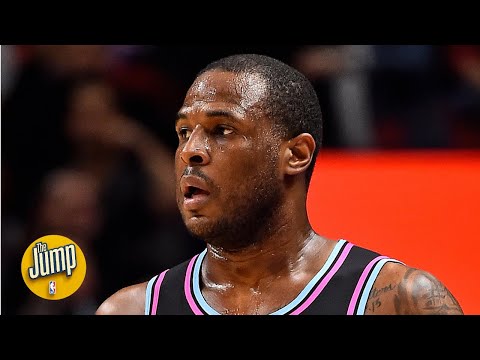 FiveReasonsSports reported on Sunday that Waiters’ most recent ban stems from him hanging out on a boat when he’d called in sick – activity memorialized on Instagram. Sounds pretty similar to Bell going bowling while suffering an illness, right?

Miami, second in the Eastern Conference at 19-7, is one of the NBA’s most pleasant surprises. It’s always put extra emphasis on culture and accountability under Pat Riley, but the organization has reportedly doubled down on that approach this season following a disappointing 2018-19 campaign.

Clearly, the Heat have responded well to that renewed sense of team-first responsibility. Waiters is a glaring outlier on one of the closest-knit, most well-coached teams in the NBA.

The Jets, meanwhile, definitely haven’t bought in to the notoriously old-school nature of first-year coach Adam Gase. He clashed on the sidelines with franchise quarterback Sam Darnold last week, and star safety Jamal Adams publicly called out New York in October for his name popping up in trade rumors.

Oh man, the best part about this Sam Darnold & Adam Gase back and forth is David Fales reaction (#3).

Dude looks like he is seeing his brother cuss out their dad for the 1st time 😂 pic.twitter.com/nBlhHeufhd

Gase, obviously, doesn’t have the respect of New York’s locker room, and isn’t compensating with on-field strategy. Would disciplining Bell for bowling while ill have helped matters? Maybe not, but any criticism of the superstar running back at all would have been better than a defiant, morose Gase basically shrugging his shoulders.

"What am I gonna discipline him for? I can't tell him you have to stay in your house" – Adam Gase says the optics are bad with the Le'Veon Bell story but he won't be disciplined pic.twitter.com/bRV5M4tg0k

There’s no direct comparison between the situations involving Waiters and Bell. The latter hasn’t just been a positive presence with the Jets this season, but even has a defense for his late-night bowling outing.

Bell says he told team doctors of his desire to play versus the Dolphins on Saturday, only for them to decide against it because he’d lost too much weight.

Le’Veon Bell won’t be disciplined for his weekend bowling outing while he was away from the team with the flu.

Regardless, there was room here for Gase and the Jets to set a precedent that similar behavior wouldn’t be tolerated. The Heat did so from the very beginning with Waiters, and are thriving despite his ongoing self-inflicted absence as a result.

Culture and accountability are paramount in team sports. As New York ponders what went wrong in another losing season, its apparent lack of both should be at the forefront of the franchise’s thinking.