The extent of the micro-transactions in Ubisoft’s Ghost Recon Breakpoint puts EA’s efforts to shame, and that is no small feat.

They are everywhere, pervasive even, encompassing every aspect of the game, which in itself doesn’t offer players all that much to write home about in the first place other than a generic take on the tried-and-tested tactical shooter genre.

Once again, publisher greed trumps gameplay considerations in what is among the most blatant examples of shameless interactive money-grabbing veiled as a video game. 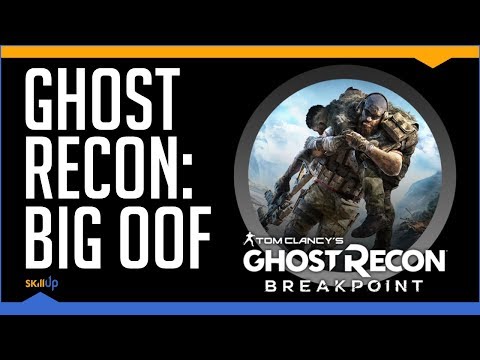 Ghost Recon Breakpoint has two currencies. The first is Skell credits, earned through looting and natural game progression. They are then exchanged at the player’s base for weapons, skins, and the like. No problem there; we all like something to keep us motivated.

Ghost Coins are the game’s premium currency obtained for real-world cash. Players spend Ghost Coins on pretty much anything in the game. We’re talking weapons, upgrades, attachments, time savers, crafting materials, and here’s a real doozy, skill points, the very stats imperative to progressing through the game, as well as Battle Pass tiers.

All these items are available for purchase right off the bat, circumventing the need to grind Ghost Recon Breakpoint altogether, which in itself ushers in a host of problems.

Progression-based items are, therefore, on sale for little to no effort, other than the strain on our wallets, granting those with deeper pockets a free pass from the wild goose chase of finding and tracking weapon blueprints, for example.

This is the very definition of pay-to-win, an accolade Ghost Recon Breakpoint seemingly deserves and one that harks back to the whole Battlefront II debacle.

Fortunately, Ubisoft has now removed the time saver skill point bundles from the in-game store alongside many of the other controversial items. Presumably, the publisher felt the surge of player backlash gaining momentum and opted for a damage limitation move ahead of the full launch on Oct. 4.

But, what remains is an in-game ecosystem luring players to the bright lights of micro-transactions through the constant temptation to plunk down $10 to pick up that coveted weapon instead of earning it through regular play.

Yves Guillemot Should Resign From Ubisoft & Take His Son With Him

Whatever a AAAA Game is, Ubisoft Has Two In The Pipeline