U.S. manufacturing declined steeply in April. As measured by the ISM Manufacturing Index, industrial production in the United States fell to an 11-year low reading of 41.5.

That’s 15% lower than March’s readout of 49.1. Any reading below 50 indicates contraction in industrial output. One Wall Street analyst says a closer look at the data reveals the manufacturing numbers are far worse than the index suggests.

The Institute of Supply Management releases the manufacturing Purchasing Managers Index monthly. It compiles the data from surveys of purchasing and supply executives in over 400 industrial companies.

The index measures the output of America’s manufacturing, utilities, construction, and mines. Prints above 50 mean the industrial sector is growing.

Several media reports on the April numbers out Friday found the silver lining in a readout that wasn’t as bad as expectations. For example, CNBC ran the headline:

Manufacturing falls sharply in April, but not as much as expected

The U.S. manufacturing slump intensified in April to its worst level in 11 years, though the fall was not as much as economists had feared.

The ISM Manufacturing Index fell to 41.5, better than Wall Street estimates of 35 but down sharply from March’s 49.1.

But that’s no reason for optimism about the state of the U.S. economy.

He said it’s actually the worst plummet in industrial output in 70 years:

Strip out inventories (excess stockpiles) & supply delivery delays (capacity destruction) and ISM was 27.4 in April. Takes out the worst reading in 70 years (at 29.4).

To drive the point home, Rosenberg emphasized that the collapse of industrial production is in the same league as what happened during the Great Depression:

It’s not the first time he likened the coronavirus recession to the Great Depression. On Monday, he issued a terrible warning about the scale of the losses:

He’s not alone in his bearish outlook. Some of the world’s most prominent economists and financial authorities expect a downturn to rival the Great Depression. The most recent manufacturing data, and Rosenberg’s take on it, seem to underline the likelihood of that possibility.

We Were In An Industrial Recession Before Coronavirus 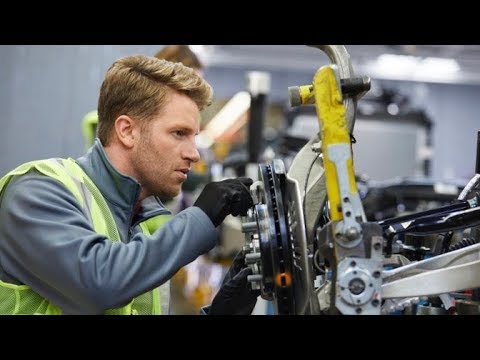 The U.S. was already in an industrial output recession last year. Coronavirus just made it worse. This suggests the fundamentals of the economy were already weakening before the pandemic arrived.

That would make economic recovery more complicated than picking up after the coronavirus has been contained, as the Dow’s recent movements would suggest.

Well manufacturing is in recession. That’s the message from falling below the 50 threshold. It is consistent with industrial production numbers… and a host of other indicators all suggesting the same thing. So the manufacturing base of the U.S. economy is in recession. And you can connect the dots back to the trade war.

By December, the U.S. manufacturing recession had only gotten worse, with four straight months of contraction in industrial output.

Now having just weathered the worst of the COVID-19 pandemic, manufacturing has another trade war escalation in view. President Donald Trump signaled this week that he’s considering another round of tariffs on Chinese imports.