Twitter CEO Jack Dorsey said he had no intentions of banning Nazis on his platform. Why, then, is he banning satirical news sites? | Source: REUTERS/Anushree Fadnavis

The Babylon Bee was temporarily banned.

In a stunning move, Twitter suspended the satirical news outlet, claiming that it had gotten swept up in a “bot account” clean-up.

And while the outlet’s account was restored about an hour later, one has to wonder what, exactly, is going on in Twitter’s main offices when they suspend satirical news accounts but keep actual Nazis on the platform.

What’d The Babylon Bee Do Wrong?

Kyle Mann, editor-in-chief of The Babylon Bee, posted an email from Twitter explaining why the social media giant had decided to suspend them.

One hour later, the account was restored, and Twitter apologized. In a statement, a Twitter spokesperson said that the company was “accidentally caught in a spam filter.”

But the question of why Twitter allows other awful sites to go unchecked while catching a rather funny and satirical news site to get suspended remains to be addressed.

Video: The Babylon Bee Is A Satire Site — Don’t Take it Seriously 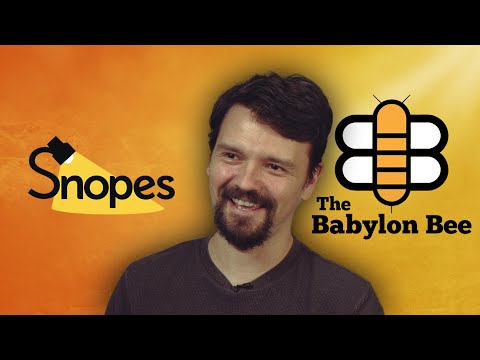 And the Babylon Bee’s temporary suspension falls into the latter category. Sure, it lampoons “the left” as opposed to The Onion’s lampooning of “the right,” but satire and parody have been part of the foundation of human society since time immemorial.

Sadly, Twitter does more to combat satire than they do to combat actual Nazis, but here we are.