Ex-Redskins head coach Jay Gruden’s firing was a long time coming after a number of turbulent seasons in Washington. Now, it appears that one of New England Patriots quarterback Tom Brady’s former backups could be first in line to replace Gruden.

According to Ian Rappaport, Kevin O’Connell could eventually take over the head coaching job from interim coach Bill Callahan.

From @gmfb: The #Redskins have watched as several talented offensive minds left their coaching staff to excel elsewhere. Expect OC Kevin O'Connell to get consideration for the head coach job to prevent history repeating. pic.twitter.com/1fRLlzRW3Y

O’Connell is the latest in a string of talented assistants that have been on board with the Redskins. The likes of Sean McVay and Kyle Shanahan were allowed to leave, but they may have learned their lesson and want to hold onto O’Connell.

With Gruden leaving, O’Connell will have a lot of control over the offense. If he manages to steer the ship for the remainder of the season, the head coaching job could be his.

He only appeared in two games that year, completing four-of-six passes for a total of 23 yards.

O’Connell then bounced around the league, spending time with the Detroit Lions, New York Jets, Miami Dolphins, and San Diego Chargers. However, he never took another NFL snap before retiring in 2012.

The quarterback position has long been a thorn in the Redskins’ side.

Colt McCoy replaced Case Keenum this past weekend as starter, and first-round pick Dwayne Haskins has also seen playing time. None of their performances has been particularly promising. 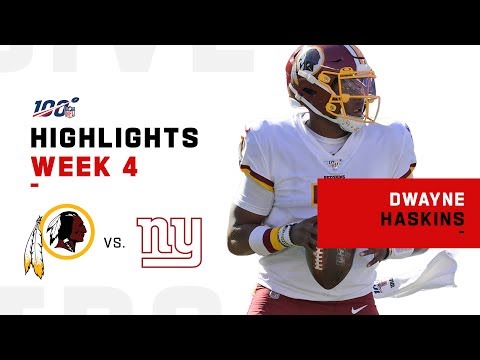 According to reports, Gruden was one of the leading opponents to naming Haskins the team’s starting quarterback. With Gruden gone, Haskins could be given more opportunities, something which could make or break O’Connell’s chances of earning the top spot on the coaching staff.

O’Connell faces competition for the head coaching job, beginning with interim coach Bill Callahan, who led the 2002 Oakland Raiders to Super Bowl XXXVII, where they lost to the Tampa Bay Buccaneers.

In a recent conversation with someone who knows Dan Snyder well and is aware of his thoughts on potential next #Redskins head coaches that any list of candidates would include: #Steelers HC Mike Tomlin, #Bucs DC Todd Bowles, #Chiefs OC Eric Bieniemy.

Whatever the case may be, Washington will likely give O’Connell a fair chance to prove himself until the end of the season.