The Dow Jones soared toward triple-digit gains on Thursday following a wild day on Wall Street.

The major U.S. stock market indices were all over the map on Thursday, but as the session ground to the close here’s where they were trading:

Crude oil enjoyed an impressive rally, and an 8% burst drove WTI futures towards the $30 handle. 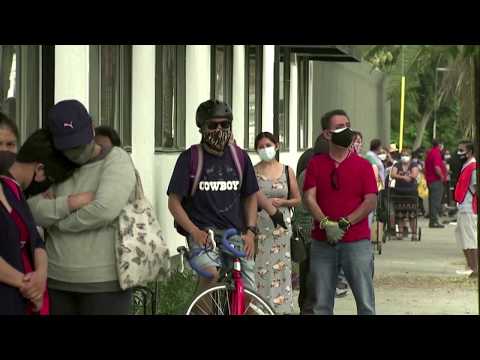 As today’s price action demonstrates, these painful data points continue to have a limited impact on the stock market. Following initial weakness, dip buyers protected obvious technical support around 23,000 on the DJIA charts.

On the political front, Trump continues to claim he has a good relationship with Chinese President Xi Jinping, but it increasingly doesn’t look like this is the case.

As China pushes to renegotiate the trade deal, Trump is refusing to even speak to Beijing, who he blames for the coronavirus outbreak.

Right now, I just don’t want to speak to him… They could have stopped it.

Given the struggling conditions in the U.S. economy, the last thing that Dow bulls need is another layer of uncertainty on the geopolitical front. But that is what the White House is delivering.

Alongside a seeming willingness to let the trade deal fall apart, the president is threatening to roll out more draconian measures to pressure companies like Apple to repatriate manufacturing to the United States.

Despite the risk-taking on Wall Street, economic uncertainty is at its highest level in more than a decade.

The Federal Reserve, like many major corporations, is considering pulling its economic forecasts again. Bears will undoubtedly speculate this is because they don’t want to admit how bad things look.

The outlook for interest rates is as crucial for the stock market as ever, and the debate over whether the Fed should go negative is unlikely to end anytime soon. Goldman Sachs is the latest big voice in favor of going sub-zero, while CNBC host Jim Cramer is not a fan.

Senior economist Bill Diviney at ABN AMRO believes that the Fed’s resolve to stand up to President Trump is likely to hold. He anticipates that the FOMC will take a more creative approach to keep markets functioning:

All told, while there are certain circumstances in which negative rates become a viable option for the Fed, for the time being they look unlikely – at least not before other policy options are exhausted.

We think more likely options for a Fed wanting to provide more accommodation include: expanding the breadth and pace of asset purchases, stronger forward guidance, and potentially caps on bond yields.

On a messy day in the Dow 30, Boeing was a laggard; the aerospace giant lost 0.3% after its CEO ignited a controversy about the state of the U.S. airline industry. 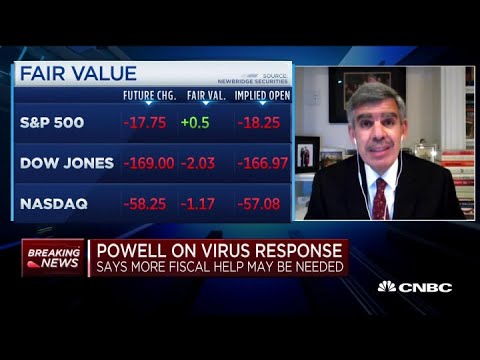 One of the top stocks in the index was JPMorgan Chase, which bounced 4.1% as shareholders reveled in the Federal Reserve’s bold stance against negative interest rates.

American Express led the DJIA with a 6.9% surge, while UnitedHealth Group and Cisco each rose more than 4%.