The Dow Jones suffered another dramatic drop on Wednesday, sliding around 600 points as Wall Street, the White House, and the Federal Reserve sparred over the best way to support a struggling U.S. economy.

The Fed claims it’s the government’s job to tax and spend, while President Donald Trump continues to plead with the central bank to accept the “gift” of negative interest rates.

Dow Jones Plummets as Fed Pushes Back Against Negative Rates

Hopes for negative interest rates had amplified risk sentiment in recent days, but the Federal Reserve appears united in opposition to this unprecedented policy response.

As FOMC voters rejected pleas for negative rates, Fed chair Jerome Powell injected bearishness into the stock market mid-week. He spoke candidly about the outlook for the U.S. economy, and the picture he painted was not particularly optimistic. 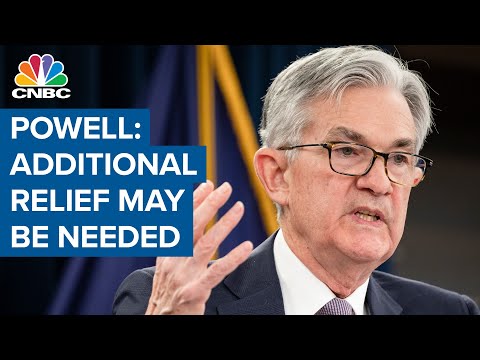 QE may still be on the table, but the FOMC wants to shift the pressure for additional economic support back to Congress.

Lending is not going to cut it, and in Powell’s view, more fiscal stimulus from the U.S. government – not negative interest rates – is what’s needed to shore up the economy.

This is a stark example of Powell’s willingness to stand up to the White House. It’s no secret that Donald Trump is a big fan of negative interest rates.

ING economist James Knightley agrees with Powell that Congress needs to reload its stimulus bazooka sooner rather than later.

With ING anticipating another 12 million private-sector job losses in May, Knightley warns that the economic outlook will quickly grow even bleaker:

Powell himself highlights the fact that the crisis is driving inequality by citing that the Fed’s own analysis shows nearly 40% of households making less than $40,000 per year had lost a job in March.

We (ING) are projecting another 12 million decline in payrolls in May, so we wouldn’t be surprised to see this figure move close to 60% by the end of this month.

Given this backdrop we strongly suspect there will be another round of major fiscal stimulus that receives broad support in Congress.

Unfortunately for Wall Street, negotiations surrounding this much-needed stimulus seem to have hit a wall.

House Nancy Pelosi has proposed a fresh round of cash injections for households, but the White House has paused negotiations with Democrats until next month at the earliest. 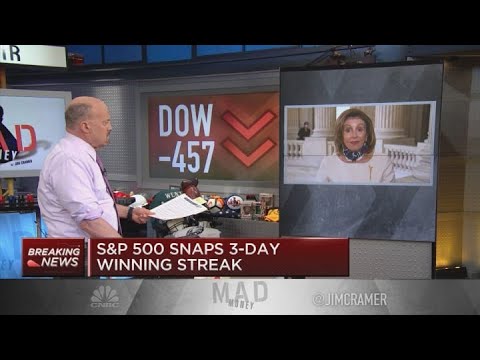 It will be interesting to see if Trump’s resolve wears thin if the Dow Jones continues to shoot lower.

On another rough day for the Dow 30, almost every stock in the index reported losses of at least 1%.

Apple stock fell 1.8%, even though Tim Cook is taking an aggressive approach to getting employees back to work. Tensions with China are growing, and that is not good news for Apple, which relies heavily on the world’s second-largest economy for its supply chain.

Chevron and Exxon Mobil failed to overcome the weakness in crude, and the supermajors fell 2.8% and 4.9%, respectively.

Given the widespread DJIA weakness, it wasn’t surprising to see Boeing slide 3.4%. CEO Dave Calhoun has been clear that pain lies ahead for the aviation industry, and that means Boeing will face sustained headwinds too.