The Dow Jones opened high, and even after a bout of intense stock market volatility, it looks set to secure a solid gain. The same can’t be said of the S&P 500 and Nasdaq, which plunged from session highs to trade lower in late afternoon trading.

For the first time in what feels like forever, the Dow Jones outpaced the S&P 500 and Nasdaq today.

Here’s where the three indices stood at 3:29 pm ET:

With no real economic data to digest, Wall Street weighed some positive news against an otherwise-fraught pandemic storyline.

Despite an acceleration in new infections, there are rising hopes that a vaccine could arrive in 2020. A Pfizer-led project just received fast-track status from the FDA.

And while the White House is doing its best to discredit Dr. Anthony Fauci, President Donald Trump would have been pleased on Monday. In an interview with Stanford Medicine, the virologist reiterated his optimism about a vaccine coming sooner rather than later.

Despite the moves to the upside in the Dow, Wall Street euphoria does not seem to be matching up with household confidence.

A wide-ranging UNISYS survey included some interesting data about how U.S. concern about the economy is trumping other threats.

More Americans reported a high level of stress about the current financial climate in the United States than the stability of the country’s health infrastructure:

This could have severe implications on U.S. consumer spending, which is arguably the most important economic engine in the global economy. 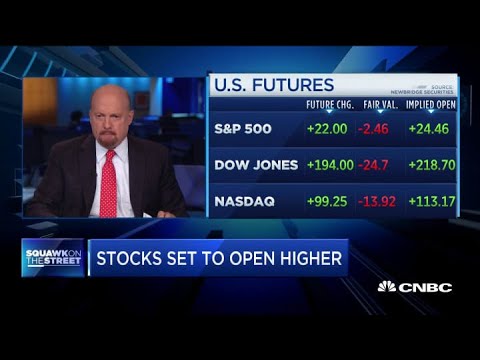 The U.S. stock market’s colossal recovery has been powered by a narrow selection of names. The Dow 30 is no exception to this trend. That’s why it wasn’t surprising to see Apple (+1%) anchoring the DJIA’s charge today.

Pfizer was the best performing stock in the index, fueled by the news about its vaccine. The pharma giant’s 4.5% gain was relatively modest compared to its partner BioNTechs’s 11% bounce.

Financial stocks Goldman Sachs and JPMorgan Chase both rallied over 2% as yields rose.

A victim of the late-session sell-off in the tech sector, Microsoft reversed its earlier gains to lose 1.6%. Disney and Nike joined MSFT in the red with losses of around 1%.