New York City recorded zero new virus-related deaths on Sunday for the first time in four months. The city proves containment (and a return to economic activity) is possible.
PHNjcmlwdCBhc3luYyBzcmM9Imh0dHBzOi8vcGFnZWFkMi5nb29nbGVzeW5kaWNhdGlvbi5jb20vcGFnZWFkL2pzL2Fkc2J5Z29vZ2xlLmpzIj48L3NjcmlwdD4KPCEtLSBUb3AgQXJ0aWNsZSBDQ04gLS0+CjxpbnMgY2xhc3M9ImFkc2J5Z29vZ2xlIgogICAgIHN0eWxlPSJkaXNwbGF5OmJsb2NrIgogICAgIGRhdGEtYWQtY2xpZW50PSJjYS1wdWItNjQ3MjA2OTY5MzY1NzE0MyIKICAgICBkYXRhLWFkLXNsb3Q9IjU4NDY0ODIyMjMiCiAgICAgZGF0YS1hZC1mb3JtYXQ9ImF1dG8iCiAgICAgZGF0YS1mdWxsLXdpZHRoLXJlc3BvbnNpdmU9InRydWUiPjwvaW5zPgo8c2NyaXB0PgogICAgIChhZHNieWdvb2dsZSA9IHdpbmRvdy5hZHNieWdvb2dsZSB8fCBbXSkucHVzaCh7fSk7Cjwvc2NyaXB0Pg==

We are going to see a rebound, a normalization of economic activity over a twelve month horizon. And gradually buying into [tech stocks] still makes sense.

Jannelli said he’s a “gradual buyer” in the coming twelve months, but admits we could see a correction in the short-term.

The national picture remains bleak, with record daily cases in Florida this weekend. But it’s worth pointing out that U.S. stocks have broadly tracked the activity in New York throughout the entire pandemic.

The week opened with a bang as global stocks rallied across the board. The Dow ripped 241.77 points or 0.93% higher, following Asian and European markets higher.

The blistering Tesla rally continued to fuel the Nasdaq’s ascent. The stock launched another 10% higher to $1,704.58 in early trading.

In the absence of national leadership, our city has stepped up to show what it means to reopen safely.

As the financial capital of the world, traders have watched the outbreak closely in New York. There are optimistic signs elsewhere, too. Washington DC has recorded zero virus-related deaths for three-straight days.

The New York milestone comes four months after the first virus-related death was recorded. Fatalities peaked in the city on April 7th at 597.

Elsewhere this week, traders turn their attention to corporate earnings. This is lining up to be the most uncertain earnings season in modern history.

181 of S&P 500 companies have pulled their guidance, leaving investors in the dark. The spread between analyst estimates are now wider than ever.

Stock valuations really are now based on earnings power two years out. 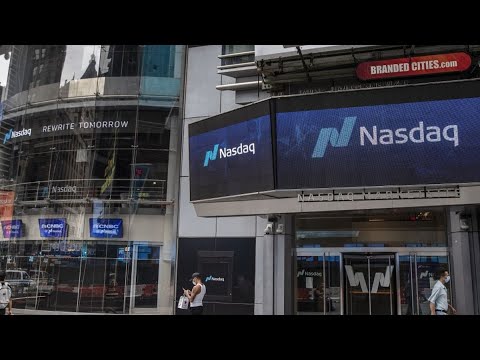 Nike disappointed investors last month with worse-than-expected earnings. The stock fell 6% in the two days that followed. FedEx surprised to the upside, triggering a 20% jump in the share price.

Safe to say, we’ll see some big moves in the coming month.

JP Morgan Chase, Goldman Sachs, and Netflix are among the first to report this week.

The earnings picture is cloudy, but analysts mostly agree on one thing: volatility is coming. 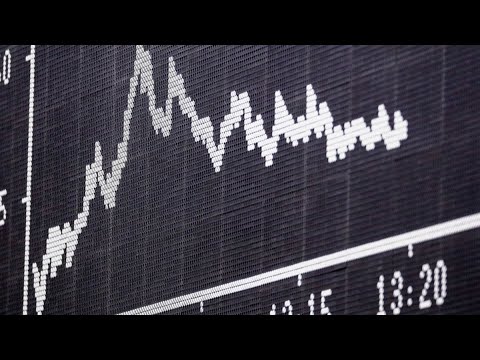 There are plenty of reasons to discount this rally, according to some analysts. Julie Fox, market head and managing director at UBS Private Wealth Management explained that earnings aren’t the only headwind.

We’re going to continue to see this volatility likely through to the end of the year due to the pandemic, the US-China tensions, the US presidential elections.

Despite the gloom, Fox told investors to “stay invested” through the big moves as there’s an opportunity for further gains yet. She’s looking at U.S. mid-caps and stocks geared towards re-opening. Ecommerce, fintech, healthcare, and digital transformation stocks should also perform well, she predicted.