2020 has seen a 1929-style stock market meltdown, a retail investor-fueled 1999-style rally, and even Zimbabwe is having a repeat of its 2008 hyperinflationary collapse.

And that’s just in the first half of the year! Who knows what craziness we’ll see in the second once election uncertainty rises.

But now, the stock market rally is showing a significant headwind. Over the past several weeks, stocks haven’t been able to get back to new highs.

There have been plenty of warnings for a return selloff. And with fears of a second coronavirus wave, it’s easy to see why stocks may drop.

But there’s another reason.

The Stock Market’s Moves Mimic the Monetary Base

The fact of the matter is, the game is rigged. And it’s rigged through the monetary system. There are flowery ways to say it, but 2020’s financial meme of the year, “money printer go brrr,” explains it all.

Ever since the Fed turned on the digital spigots of zero percent interest rates, corporate bond buys, and other measures as needed, stocks have reversed their 1929-meltdown pattern. Instead, we’ve had a powerful counterrally.

And it’s occurred at exactly the same time that the money supply, as measured by M2, has exploded higher.

But after that initial shift higher, M2 trends have settled down. The rate of growth, or delta, has slowed considerably. That’s happened just as the market’s uptrend has started to falter.

So this is the trend to watch if you’re following the overall market. If M2 growth rates start to decline, the stock market may finally start its next downtrend.

We may already be seeing that trend now. After last week’s sizeable drop, market sentiment has shifted decidedly to neutral.

More Fuel for the Fire–After the Next Downturn

So far, the Federal Reserve has hinted that it has unlimited ammo to deal with a financial crisis. But what if what we’re seeing is the maximum firepower of the brr-ing money printer?

If that’s the case, then the next market slowdown may indicate trouble in the real economy outside the Wall Street casino. We already see a disturbing rise in bankruptcies. 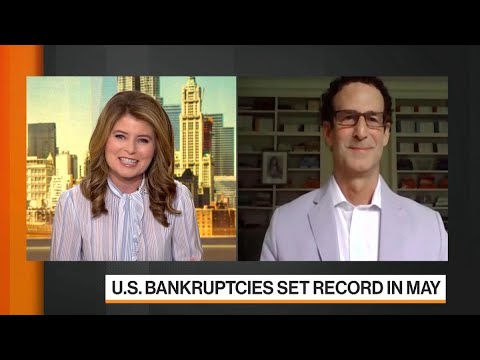 Without more fiscal policy, the market could be in trouble in the next few weeks.

Without a plan for extended and enhanced unemployment benefits, supply chain infrastructure programs to create high-paying jobs, and other measures, we’re only left with the printer.

The printer can print money, but it can’t print food. It can’t print jobs. That’s where fiscal policy is needed.

It’s likely that neither monetary nor fiscal policy will kick into an even higher gear until the market turns down again. That’s how closely the stock market has been identified with the economy.

That’s why a market decline is more likely than current sentiment shows. It’s why there’s still a genuine danger out there for the economy.

If printing your way to prosperity worked, Zimbabwe would be the wealthiest nation on Earth.