Wall Street is not fully pricing in a Joe Biden win. If Biden gets elected, a Wells Fargo exec warned stocks might see a sell-off.

Wall Street is not fully pricing in the possibility of Joe Biden winning the U.S. presidential election. If Biden gets elected, a Wells Fargo exec warned stocks might see a sell-off.

We just don’t think it’s fully priced into the market place at this point. Biden is moving up in the polls. What does that mean for taxes? Can they [Democrats] win? Not just the White House, but can they win the Senate, as well?

A potential change in the tax code raises the probability of a stocks pullback in Q4 2020, Harvey warned.

What Does Wall Street See in Stocks in the Short-Term?

Strategists in Wall Street are concerned about two macro factors: the high unemployment rate and the second wave of infections.

The U.S. has been trying to reopen the economy since early June. But, the steep increase in virus cases led states to be cautious once again.

Consequently, 12 states have paused the reopening of the economy, citing higher infection rates and a resurgence in cases.

The community’s infection rate is three times higher today than it was three months ago.

Stocks are treading carefully in after-hours trading following a 2.84% drop on June 26. The Dow Jones Industrial Average (DJIA) slightly increased by 133 points in the futures market ahead of the market open.

An increasing number of states prolonging lockdown or restrictive measures can negatively impact stocks in the short-term.

Harvey believes stocks are vulnerable to a 5% to 10% correction in the near-term. But, the strategist emphasized that it would be a healthy pullback for the market

We’ve gone a little bit too far, too fast. And, now, we just need a healthy correction.

The U.S. looks to reach a new peak in virus cases according to data from the Centers For Disease Control and Prevention, fueling more uncertainty. 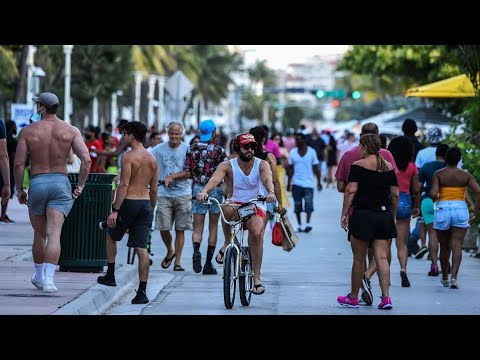 Geopolitical Risks Continue to Pile On

The U.S. is maintaining a tense relationship with China over the virus and the phase one deal. Now, the relations between the U.S. and Germany are in danger.

Heiko Maas, Germany’s foreign minister, reportedly said that its relationship with the U.S. might never recover. The minister emphasized that the election of a Democratic President would not change it.

Everyone who thinks everything in the trans-Atlantic partnership will be as it once was with a Democratic president underestimates the structural changes.

The deteriorating relations between the U.S. and its allies coincide with the struggle to reopen the economy. Wall Street expected U.S. President Donald Trump to focus on economic recovery heading into the second half of 2020.

The unexpected tension with Germany could trigger newfound selling pressure on stocks.