The stock market is suffering a historic meltdown, and nothing the White House or Federal Reserve has thrown at crisis has halted the sell-off. But according to one Wall Street pundit, Trump may have an ace up his sleeve – Tom Hanks.

Ritholtz Wealth Management CEO Josh Brown gave this surprising take on Wednesday, just minutes after the Dow Jones Industrial Average (DJIA) closed below 20,000 for the first time since the early days of the Trump administration.

President Trump should ask Tom Hanks to go on primetime television and talk about his experience being released from the hospital.

Why Tom Hanks Is the Hero the Stock Market Needs

Stimulus packages might contribute to the economy’s recovery over the long run, but what the stock market really wants to hear is that there’s light at the end of the tunnel.

We are not hearing enough about recovered cases. Every single day is fatality count, new infection count. We’ve got to hear both sides… That is what could put a floor in the market, when people aren’t terrified of… health, security, and their money.

And Tom Hanks is the perfect spokesman for that message.

So when he and his wife, Rita Wilson, became the first celebrities to openly share their COVID-19 diagnoses, the coronavirus outbreak suddenly became real to millions of Americans who had mocked it as “just the flu” mere hours earlier.

But just as Tom Hanks’ diagnosis was an omen for just how severely coronavirus could disrupt American life, his recovery should be lionized as a beacon of hope for an economy racked with uncertainty.

Hanks and Wilson were released from a Queensland, Australia hospital on March 16. They remain in self-quarantine, but their updates on social media have been relatively upbeat.

“We are all in this together. Flatten the curve,” Hanks tweeted on Tuesday.

Trump may occasionally imitate that language (in between bashing his political foes), but there’s only so much favor the most polarizing president in U.S. history can expect to curry.

If Trump wants to rescue the stock market, he needs to yield the podium to his secret weapon. 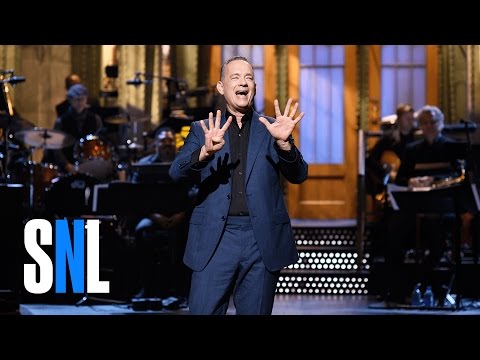