For those who think the Dow has already reached a bottom, don’t be so sure. More pain is coming in the stock markets.

According to James McDonald, CEO of Hercules Investments, stocks should have at least one more major correction. Investors need to realize for good that the U.S. economy is in a deep recession that won’t end anytime soon. He believes the Dow – which is currently above 21,000 – could plunge to as low as 15,000 before rebounding.

He thinks the economy may start getting back on its feet in the fourth quarter of this year. But until it starts to show up somewhere in the markets or the economic data, he prefers to set up trades that take advantage of extreme volatility and declines.

After hesitating between gains and losses in the morning, the Dow Jones lost nearly 400 points at the close of markets Friday. What we saw on Friday indicates that investors have not fully understood how the coronavirus is derailing the U.S. economy.

The Worst Is About To Come

But these numbers only reflect survey data up to March 12. They are just beginning to capture the start of the labor market collapse brought about by efforts to contain the coronavirus. Worse news is about to come. When it does, we can expect the Dow to plunge much further as investors realize the gravity of the situation.

The April employment report should show a massive spike in job losses. According to Ellen Zentner, an economist at Morgan Stanley, nearly 17 million jobs could be lost in the second quarter, driving unemployment to 13%. That would be the highest level since the 1930s.

We expect the U.S. economic recovery will be more drawn out than previously anticipated, marked by a deeper drop into recession and slower climb out.

Morgan Stanley forecasts a 38% drop in U.S. GDP in the second quarter, down from its previous forecast of 30%. 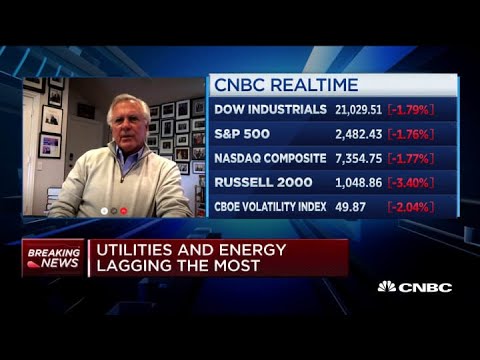 The rebound will likely not be as sharp as many had hoped. Consumer confidence will decline further as the economy collapses amid the coronavirus pandemic.

As the U.S. economy has such a dark outlook, it wouldn’t be surprising to see the Dow plunge to 15,000 in the near future.

The above should not be considered trading advice from CCN.com. The opinions expressed in this article do not necessarily reflect the views of CCN.com.