The ‘Broom Standing Up’ Challenge Proves Humanity Is Doomed

The broom standing up challenge has captivated millions of idiots on social media, and it’s the reason why the human race is doomed.

The “broom standing up” challenge may be the dumbest thing in human history.

But this week’s trending craze – trying to stand a broom up by itself – is undoubtedly the most idiotic virus civilization has ever contracted. 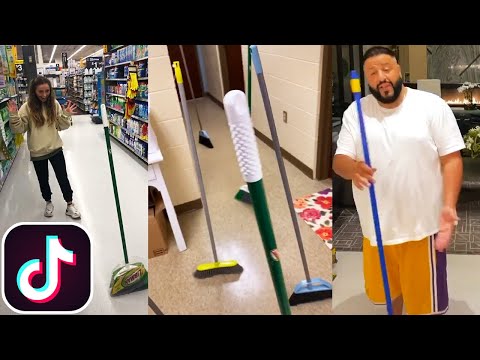 The broom challenge isn’t just pathologically stupid. It’s the clearest evidence that the human race may be doomed.

Our species is racing towards environmental disaster. We’re speeding towards control by omnipotent tech giants. And we’re careening towards the breakdown of liberal democracy.

So for millions of people to care more about standing a stick on its head than averting the above disasters is, to say the least, slightly insane.

So where did the “broom standing up” challenge begin? Where else? Twitter.

The social media platform is basically the world’s gutter. It’s where every inane or bigoted thought that would otherwise die a natural death goes to be reborn as a digital virus.

And it’s where some user by the handle of @mikaiylaaaaa reintroduced the broomstick challenge to the world:

Okay so NASA said today was the only day a broom can stand up on its own because of the gravitational pull…I didn’t believe it at first but OMG! 😭😭😭😭😭 pic.twitter.com/M0HCeemyGt

NASA? The National Aeronautics and Space Administration said February 10 was the “only day” a broom could stand up on its own?

Well, numerous “reputable” news outlets such as CNN searched high and low for even a single NASA reference to something as silly as standing a broom on its brush. They didn’t find anything.

That didn’t stop legions of morons from reveling in the “historic” event by filming themselves standing their own brooms up.

It would be bad enough if only a few hundred people indulged in the sordid broom challenge. But tens of thousands – maybe millions – of people got in on the act.

Even institutions of “higher” learning wallowed into the fray:

At the height of the craze, people in the United States ran over two million Google searches for “broom standing up.”

Instructively, the next most popular Google trend – the New Hampshire primary – could muster only 200,000 searches.

So yes, a few people care about the future of America and the wider world. But they’re a minority compared to the droves of McDonald’s-munching lunatics who want to stand their brooms up.

And that’s the rub.

When we want to get a critical mass of people concerned enough about things like global warming, surveillance capitalism, the re-emergence of fascism, or even potential global pandemics and financial market crashes, we’re surely going to fail.

Because they’re all too busy doing the ruddy “broom standing up” challenge. Or something comparably viral and masturbatory. Like playing Pokémon Go.

When any surviving historians look back on the downfall of Western civilization, they’ll surely know the date when we reached the point of no return. It was February 10, the day even supposedly educated people were making brooms stand up.