Someone’s been hoarding up a lot of Tesla stock (NASDAQ:TSLA) this month. Tesla is worth more than Walmart (NYSE:WMT), for now. Shares in the e-car maker soared over 46% since Aug 11.

That’s when the company announced a stock split. On Aug 31, each share will be divided into five worth one-fifth the previous share price.

The Friday closing price was $2,050. Together with the Tesla stock split melt-up, shareholders who purchased TSLA in late March now can sell their shares for 374% more than they bought them.

Is that a reasonable price to buy Tesla?

Were markets so wildly undervaluing it in March before Tesla posted more profits and announced a stock split?

Fast Company’s Connie Lin reported Friday that investors got excited by the stock split. This is peak ‘everything’ bubble. Merely packaging the same amount of equity dollar for dollar into smaller pieces triggered a 46% TSLA price rally.

The real crazy part is Schwab, Fidelity, CashApp, Robinhood, E-Trade, and a host of other brokerage services already did that for capital markets months to years ago by offering fractional share purchases.

So, it’s not like the stock split even frees up more capital inflows with lower price barriers to entry. Buyers already had it as low as $1 worth of TSLA on CashApp months before this.

Tesla is riding a strong earnings result, which qualified the company for inclusion in the S&P 500.

That’s July’s news. And Tesla stock declined from the day of that earnings report until the Aug 11 stock split announcement.

Besides, including TSLA in the S&P 500 would only result in around a $10 billion infusion of capital from these top S&P 500 ETFs to represent the index correctly in their funds.

Does that justify the $123 billion growth in Tesla’s market cap since Aug 11?

Tesla has long been a stock that traders short at their peril. One analyst says the current price surge is evidence of “a bubble.”

Matt Maley is the chief equity strategist for Miller Tabak & Co. His TSLA thesis is the company will follow Amazon’s (NASDAQ:AMZN) path:

Amazon was in a bubble in the late 1990s. It crashed and came roaring back.

Now might not be the time to buy, though Tesla is a fierce company, and the stock has been painful to short.

We wouldn’t bet against Tesla stock…

But not a buy at this price:

The stock is overbought in Wall Street parlance. That can be a sign shares are due for a correction.

What we see here is froth. The Federal Reserve and U.S. Treasury tend to splash up bubbles when they drop this kind of liquidity into the pool this fast.

Despite signs of overvaluation, some analysts think Tesla is a strong buy for the next decade. Watch the video below for more details. 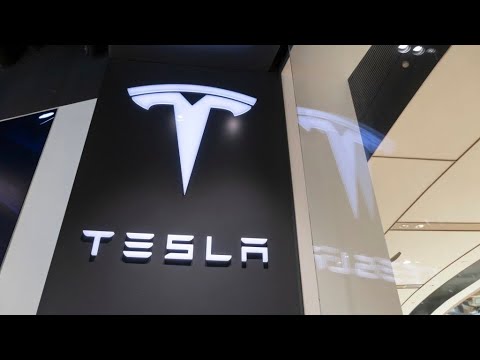 The Fed Is Blowing An Equities Bubble

Naturally, Tesla stock is one of the top-100 most popular on Robinhood. But going into the weekend, it was far down on the list at 70th.

No one can blame this bubble on the retail crowd. This is big money moving the money higher upstream in the financial food chain, closer to where all the splashing new credit is.

On Wall Street, Tesla is worth more than Toyota. Last year, Tesla sold around 300,000 vehicles, while Toyota sold about 11 million.

Of course, investors are chasing growth in Tesla. The flood of Federal Reserve liquidity is pushing down interest rates and sending capital searching for parabolic rides to hitch to in the chase for yield.