By CCN.com: The next week could be a bumpy one for the stock market, as domestic wildcards and red-hot trade war tensions threaten to smack the S&P 500 and Dow Jones Industrial Average lower.

Seemingly every bit of worrisome news that hits the wires regarding China has sent the stock market lower, even though it tends to regain its losses in short order…so far.

As Donald Trump has been keeping China in the news via press conferences and tweets, expect the stock market to be perched on the knife’s edge, ready to react to any negative news. 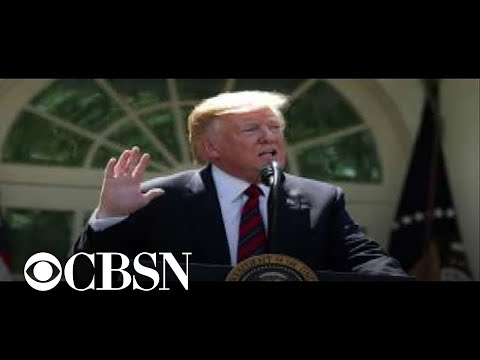 Another political element that may affect the stock market this next week is the ongoing tussle between Donald Trump and the Democrats in the House. Democrats have pointlessly subpoenaed Trump’s financial records, a political move designed to keep him on the defensive.

The subpoenas have no actual purpose, and there is nothing to support the Democrats in issuing them in the first place. It is simply an ongoing political hit job designed to damage the president.

Although the parties have reached a settlement that allows for a stay in Deutsche Bank and Capital One’s issuing of the records while Trump appeals, this kind of behavior by the Democrats is destabilizing to the market.

On Friday, Trump appealed a federal judge’s decision that Deutsche Bank and Capital One can turn over years of financial records. https://t.co/SFcIxXff70

There are a few reports due out this week which could send the stock market careening in either direction.

On Tuesday, the stock market will digest the GDP revision for Q1. GDP was 3.2 percent, a solid number showing robust economic growth. A significant upward or downward revision could tank the market.

If the GDP number is revised into the low 2 percent range, it indicates the economy may be unexpectedly slowing.

If GDP is revised too far upwards, it would mean the economy is growing too quickly and might spark fears of an interest rate spike.

The most likely scenario is a 10 basis point move in either direction, but there are always surprises to be prepared for.

On Friday, the stock market gets hit with five important reports in the space of 90 minutes: personal income, consumer spending, core inflation, the Chicago PMI, and Consumer Sentiment Index.

The stock market will likely cheer any consumer spending growth at all, while any negative number might take the stock market lower by as much as 4%.

With a downdraft in sentiment already baked into the stock market, an upside beat of any kind will likely fuel a rally. If consumers are spending money and feeling optimistic, that bodes well for the economy and for stocks.

When one combines all of these factors with the fact that the stock market is at its third-most expensive valuation in history, there is a greater chance that any unexpected movement in any of the issues highlighted could send the stock market down.

This is augmented by the fact that the technical picture is worrisome.

The S&P 500 chart above shows a possible long-term double top and a break through the 20-day and 50-day exponential moving averages.