The next housing market down cycle is upon us, according to real estate guru and TV host of ‘Flip or Flop,’ Tarek El Moussa.

Speaking to CNBC, he suggested sellers move sooner rather than later before the worst of the downturn begins.

I do feel like we’re heading into a down cycle. And if someone’s looking to cash out and get the most amount of money possible, I do believe the sooner the better. 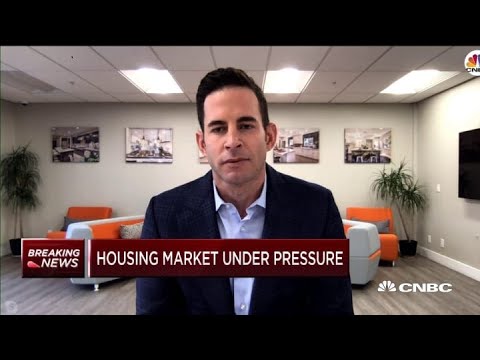 Coronavirus is the pin that pops the housing market run

El Moussa said the real estate market was due for a timely correction. The coronavirus will simply accelerate the process in the same way we’ve seen it pull the rug out from under the stock market.

We’ve been in an appreciating real estate cycle since 2010. We are now in 2020, so with or without coronavirus it’s time for the real estate market to change in my professional opinion.

The coronavirus, and the subsequent lockdowns, are triggering a historic wave of unemployment and job insecurity -the enemies of a healthy housing market.

The coronavirus is putting fuel on the fire. People are losing their jobs, they’re not going to qualify for loans, banks are changing their guidelines, people aren’t getting in cars to look at houses, sellers that need to sell have to take less money. Everything that can cause the market can go down is happening all at the same time.

Only weeks into U.S. coronavirus lockdowns and already, we can see the impact on the housing market. Mortgage forbearance claims are up 1,064% in the last month. This is a much faster crisis than the 2008 collapse, says Susan Wachter, professor of real estate and finance at the Wharton School of the University of Pennsylvania.

This is unprecedented… The great financial crisis happened over a number of years. This is happening in a matter of months – a matter of weeks.

Those numbers are poised to rise. Moody’s Analytics estimates that 30% of homeowners (about 15 million) will stop paying their mortgage by the summer.

Housing market under pressure from renters too

A whopping 30% of Americans didn’t pay their rent this month. As a record number of people claim unemployment, they simply can’t afford to pay their bills.

We should point out that, as dramatic as this number sounds, 20% of people failed to pay their mortgage on time. So the baseline isn’t zero. Still, it’s a sharp and worrying jump.

Additionally, the rental market has practically seized up in New York City, according to a breaking Bloomberg report. The number of new leases plummeted as renters hole up.

Is a housing market crash imminent?

It’s too soon to say whether this spirals into a full-blown housing crash. If the virus passes and the economy re-opens, people will revert back to paying their mortgage. The crisis will be averted. As El Moussa put it:

Once the coronavirus starts slowing down or the bad news starts going away I do think we’re going to have a surge in the market because a lot of people are sitting on the sidelines.

However, some of the damage has already been done. The Federal Reserve has pushed mortgage bankers to the limit and weakened the system with its stimulus action. And a lot of the anxious sentiment will take months, if not years, to fully recover.