Ted Cruz and Rick Wilson embarrassed themselves on Twitter in back-to-back days, and it’s time we said: “enough already.”
PHNjcmlwdCBhc3luYyBzcmM9Imh0dHBzOi8vcGFnZWFkMi5nb29nbGVzeW5kaWNhdGlvbi5jb20vcGFnZWFkL2pzL2Fkc2J5Z29vZ2xlLmpzIj48L3NjcmlwdD4KPCEtLSBUb3AgQXJ0aWNsZSBDQ04gLS0+CjxpbnMgY2xhc3M9ImFkc2J5Z29vZ2xlIgogICAgIHN0eWxlPSJkaXNwbGF5OmJsb2NrIgogICAgIGRhdGEtYWQtY2xpZW50PSJjYS1wdWItNjQ3MjA2OTY5MzY1NzE0MyIKICAgICBkYXRhLWFkLXNsb3Q9IjU4NDY0ODIyMjMiCiAgICAgZGF0YS1hZC1mb3JtYXQ9ImF1dG8iCiAgICAgZGF0YS1mdWxsLXdpZHRoLXJlc3BvbnNpdmU9InRydWUiPjwvaW5zPgo8c2NyaXB0PgogICAgIChhZHNieWdvb2dsZSA9IHdpbmRvdy5hZHNieWdvb2dsZSB8fCBbXSkucHVzaCh7fSk7Cjwvc2NyaXB0Pg==

Ted Cruz is a mess. Rick Wilson is not much better.

After a Twitter war involving Cruz, several conservative politicians, and Ron Perlman, he got challenged to a charity boxing match.

The proceeds from this match will reportedly benefit Black Lives Matter charities.

Rick Wilson is trolling (and getting roasted by) Domino’s pizza.

Is this really where we want politics to go in 2020? 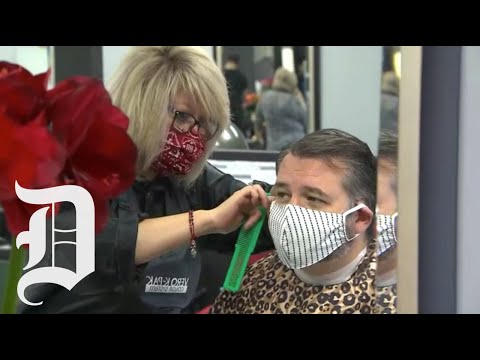 Ron Perlman — best known for his work on “Hellboy” — was roasting Matt Gaetz on Twitter.

And what was the debate all about? Soccer. Something that neither Perlman nor Gaetz are involved in. Sheesh.

Gaetz, a Republican from Florida who has a less-than-stellar driving record, was mocking Perlman’s “wokeness” for siding with the women’s soccer team.

When Perlman told Gaetz that he’d be the ugliest politician in DC were it not for Jim Jordan, Ted Cruz jumped into the fray.

Listen Hellboy. You talk good game when you’ve got Hollywood makeup & stuntmen. But I’ll bet $10k—to the nonpolitical charity of your choice—that you couldn’t last 5 min in the wrestling ring w/ @Jim_Jordan w/o getting pinned. You up for it? Or does your publicist say too risky?

This was probably not the wisest suggestion for Ted Cruz to make, given Jim Jordan’s record with boys’ wrestling.

After lambasting Cruz for defending Donald Trump after Trump called Cruz’s wife a “dog,” Perlman went in for the kill.

I tell you what teddy boy, since mentioning jim jordan and wrestling is… problematic, why don’t we say f–k him and just make it you & me. I’ll give 50k to Black Lives Matter and you can keep all the tax payer money you were thinking of spending.

Ted Cruz then accused Perlman of being too “chicken” to fight Jordan in the wrestling ring. *facepalm emoji*

Like a bad WWE tag-team match, Ted Cruz tagged out of the fray and seemed to have tagged in Rick Wilson.

Rick Wilson is a former Republican strategist who, as of late, spends his days roasting Donald Trump on Twitter.

Certainly, Trump is easy to roast. But on this particular day, Wilson got roasted, himself.

Back in 2012, current White House press secretary Kayleigh McEnany tweeted that Domino’s pizza is “way better than any NYC pizza.” (She’s lying, of course — Totonno’s Pizzeria in Brooklyn is the best pizza in the world.) The pizza chain responded with their thanks.

Domino’s, however, delivered a sick burn in response.

The Coarsening Of American Politics

Thankfully, the Tweet war between Ted Cruz and Ron Perlman has been deleted. (Someone’s publicist must have gotten a very frantic call.) Rick Wilson’s beef with Domino’s, however, remains.

But the issue is a far bigger one. What Ted Cruz — and Matt Gaetz, and Jim Jordan, and Rick Wilson — have done is show just how coarse American politics have become. Politics used to feel like “Hollywood for Ugly People.” Now, it feels like “The WWE’s Meth-Addicted Step-Cousin.”

It’s not only their fault, of course. Donald Trump’s tweet-storms are legendary, at this point — and not for all the right reasons.

But the question begs itself: is this where we, as a society, want to go?

Ted Cruz had no business throwing his hat in the Twitter ring. And Rick Wilson certainly knows better. It’s high time we hold these politicians to a higher standard than this.

Bernadette Giacomazzo
Bernadette Giacomazzo is an editor, writer, and photographer whose work has appeared in Teen Vogue, People, Us Weekly, The Source, XXL, HipHopDX, The Los Angeles Times, The New York Post, BET.com, and more. She is also the author of The Uprising series and is the CEO of the acclaimed G-Force Marketing & Publicity firm, which has been featured in The Hollywood Reporter and has scored film, television, radio, and print placements for celebrity clientele worldwide. Reach her via email. Visit her website here, her MuckRack profile here, or her LinkedIn profile here.
Subscribe
0 Comments
Inline Feedbacks
View all comments
← PreviousBill Gates Conspiracy Theorists Might Not Be as Crazy as You Think
Next →Trump Has Found a Human Comforter in My Pillow CEO Mike Lindell

US Senator Takes Shot at NBA as China Scandal Widens
October 9, 2019 No Comments

Ted Cruz Exposes His Doppelganger on The Office – Hint: It’s Not Dwight
July 30, 2019 No Comments

Ted Cruz and AOC Shockingly Join Bipartisan Fight to Drain the Swamp
May 30, 2019 No Comments
PHNjcmlwdCBhc3luYyBzcmM9Imh0dHBzOi8vcGFnZWFkMi5nb29nbGVzeW5kaWNhdGlvbi5jb20vcGFnZWFkL2pzL2Fkc2J5Z29vZ2xlLmpzIj48L3NjcmlwdD4KPCEtLSBSZWNvbW1lbmRlZCBwb3N0cyBBZCBDQ04gLS0+CjxpbnMgY2xhc3M9ImFkc2J5Z29vZ2xlIgogICAgIHN0eWxlPSJkaXNwbGF5OmJsb2NrIgogICAgIGRhdGEtYWQtY2xpZW50PSJjYS1wdWItNjQ3MjA2OTY5MzY1NzE0MyIKICAgICBkYXRhLWFkLXNsb3Q9IjI3MzY1ODYyMzUiCiAgICAgZGF0YS1hZC1mb3JtYXQ9ImF1dG8iCiAgICAgZGF0YS1mdWxsLXdpZHRoLXJlc3BvbnNpdmU9InRydWUiPjwvaW5zPgo8c2NyaXB0PgogICAgIChhZHNieWdvb2dsZSA9IHdpbmRvdy5hZHNieWdvb2dsZSB8fCBbXSkucHVzaCh7fSk7Cjwvc2NyaXB0Pg==