San Francisco 49ers defensive back Richard Sherman is no stranger to controversy, but he’s also an incredibly smart guy. Stanford doesn’t let just anyone in, no matter how well they may play football.

He’s also been around for a long time and has seen how the league does business. As the vice-president of the NFLPA’s executive committee, he may be privy to information not available to most NFL players.

So, when he cautions guys to start saving money and preparing for a strike, they may want to listen. 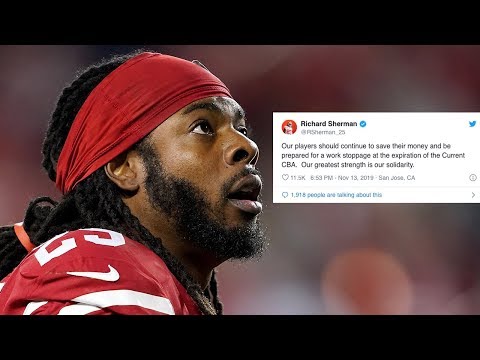 The Current CBA Will Expire After Next Season

It feels like it hasn’t been that long since the NFL and the NFL Players Association signed the last collective bargaining agreement. But it has been eight years, which means the CBA is set to expire after next season. In the hope of avoiding a lockout this time, the league and the NFLPA have engaged in talks.

According to some media reports, they have been going well, too. A recent Washington Post article claimed that progress had been made on a new agreement. The article talked about the owners making concessions to get the players on board with a longer season (17 games). What those concessions are remains a mystery.

However, it is worth noting that the article didn’t say how close they were to an actual agreement. They could be making progress but still be far from finalizing a deal.

That harsh reality is likely what led Sherman to caution guys to start saving. Despite that “progress,” it wouldn’t be shocking if the two sides are still negotiating (and making “progress”) when next season ends.

If that is the case, a lockout will soon follow, putting the 2021 season in jeopardy. 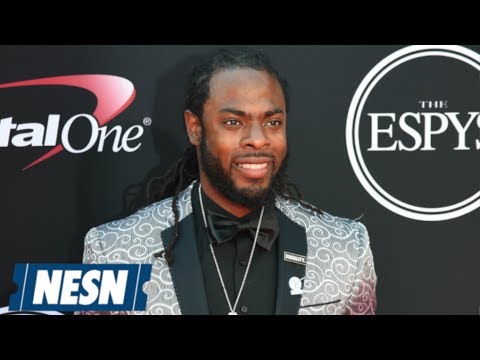 In theory, Sherman is 100 percent right in telling guys they need to prepare for a strike. With everyone in the league making at least $480,000 a season, there is no reason why anyone should not be able to survive without a paycheck for a few months (or longer).

During the last lockout in 2011, many players were forced to take out loans to meet their daily expenses. Knowing that their clients would soon become flush with cash again, lenders often charged ridiculous interest rates, sometimes as high as 30 percent. So, rather than be in that position, it would be smart to start putting something away now.

With roughly a season and a half to go, there is no reason why every player can’t be financially secure should a lockout/strike happen. But it will not be necessary for one simple reason.

Is it possible there could be a new CBA done before the season? @49ers CB @RSherman_25 told us what might hold things up: pic.twitter.com/DjOT3MmZ3F

The NFL is a multi-billion industry, and both sides get a pretty nice piece of the pie. No one wants to endanger the size of that pie. But if a labor disagreement causes games to be missed (and paychecks), then the pie is smaller.

So, when push comes to shove, both sides will make a deal happen. There may be all kinds of drama for the next two offseasons, but in the end, and before the 2021 regular season gets impacted, the owners and NFLPA will come to an agreement.

They always do – because no one wants to lose out on any money.

September 21, 2020 No Comments
← PreviousStephen A. Smith Couldn’t Be More Wrong About Colin Kaepernick
Next →Antonio Brown Tries to Wiggle His Way Into Colin Kaepernick’s Workout