Bill Belichick and the New England Patriots are in unfamiliar territory this week. It’s not the opponent. They don’t play the Washington Redskins often, but they’ve won the last three meetings, most recently in 2015. For the first time since the 2010 season, someone other than Stephen Gostkowski will be kicking for the Patriots.

Right now, the plan is for Mike Nugent to take over for Gostowski. But the team is not done auditioning kickers.

One of the two they are bringing in on Thursday is known for his kicking, but not because he made a bunch of clutch field goals in college or at his last NFL stop.

His name is Josh Gable, and he has a sensational trick shot video on YouTube. 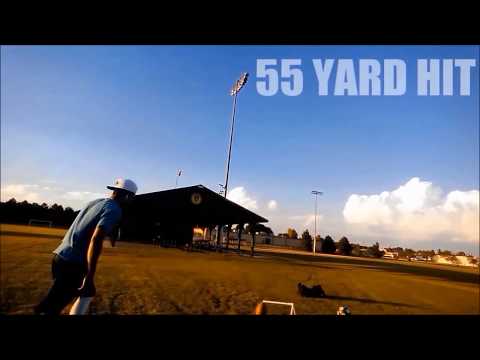 Non-Patriots fans may be wondering what happened to the second kicker the Patriots have had in the last 24 years (they’ve had three if you count Shayne Graham; he stepped in for Gostowski in 2010). The 14-year veteran is headed to the season-ending IR due to a hamstring injury.

Patriots’ kicker Stephen Gostkowski has a left hip injury that will require season-ending surgery, per source. He is expected to be ready to kick for the 2020 season.

According to reports, Gostowski has been trying to manage the pain from the injury, so it is nothing new resulting from any particular play.

While he was off to a good start kicking field goals this season (7-of-8 with a long of 41 yards), he had missed four extra points. He only missed one last season and two the year before. Since the extra point was moved back to the 15-yard line in 2015, he had missed just six of 198 attempts (prior to this season).

His injury means some other lucky kicker will have an incredible opportunity for the remainder of the season. The Bill Belichick-led team brought in a handful of kickers Wednesday, including Kai Forbath, Elliott Fry, Blair Walsh, Matthew Wright, and Mike Nugent.

They ended up going with Nugent, a 37-year old veteran who has been out of the league since the Oakland Raiders put him on the IR three weeks into the 2018 season. His injury, coincidentally, was the same as Gostowski’s.

So, due to his age and injury history or maybe because he had the worst extra point percentage in the league from 2016-18 (82.4 percent), the Patriots brought in two more guys on Thursday—former Chargers kicker Younghoe Koo and Josh Gable, the former indoor kicker and YouTube phenom (who the team had worked out a couple of years ago) .

#TeamSouth Kicker Josh Gable is as accurate as they come but as a former soccer player he’s got a knack for the trick shots, as well. Did we mention he also made this video? pic.twitter.com/fHjP2PLZUu

With Nugent, the team has just another kicker, but in Gable, they have a story. People will talk about the YouTube kicker that got his shot at the big time for years to come. Who doesn’t like to cheer for an underdog like that? Besides, from his videos, it is clear that he is insanely accurate.

Isn’t that the kind of kicker every NFL team wants?