The U.S. stock market has quickly expanded throughout the past six months without a sizable correction. Fears of additional tariffs and a potential fall out of a trade deal with China are on the rise, and it could deal a big blow to the current momentum of stocks.

Dow Futures indicate that the U.S. stock market is set to open with a slight loss after stocks fell sharply in the final hours of trading on Tuesday.

Since Q4 2019, the valuation of major U.S. conglomerates like Apple and Microsoft began to surge significantly.

The strong upsurge of stocks led the price to earnings (PE) ratio of most companies to rapidly increase, which indicates that valuation relative to price spiked to high levels.

Strategists have generally said in recent weeks that the U.S. stock market is due for a correction, purely based on the proportional increase in the price of stocks.

At a period in which investors start to show fear towards the inflated valuation of the stock market, intensifying geopolitical risks could act as the main catalyst that triggers a correction.

Investors hoped that the trade deal with China would cover the “hole” in business confidence in the short-term and lift the stock market sentiment.

But, Calvasina said that this particular phase one deal is not enough.

I just don’t think there was enough meat in this particular phase one deal to really lift those stats all that much. 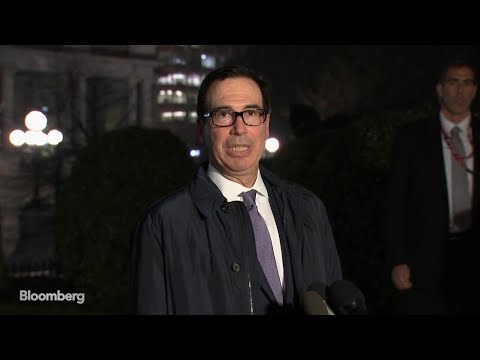 According to Asian Trade Centre executive director Deborah Elms, the structure of the phase one deal is likely to lead the U.S. to additional tariffs down the line.

Elms explained that the current version of the phase one deal requires China to import an immense amount of agricultural products from the U.S.

If China fails to meet the quota due to the sheer magnitude of the imports, tariffs can be imposed.

The U.S. stock market has been pricing in the signing of a phase one deal and a smooth year ahead regarding phase two.

Potential roadblocks in executing the phase one deal at a time when strategists are unsure whether the deal can improve U.S. business sentiment could bring down the momentum of the stock market.

Still, there are two major variables that could maintain the current upward momentum of the stock market.

Namely, the likelihood of a further interest rate cut by the Federal Reserve shall the phase one deal have a lackluster effect on business sentiment growth, and a smooth transition into a phase two deal.