According to Nola.com, New Orleans police have issued an arrest warrant for Odell Beckham Jr. for slapping a police officer on the behind. Footage shows OBJ slapping the officer in the LSU locker room after their national championship victory Monday night.

While I’m not black, nor do I claim to be “woke,” if OBJ gets arrested for his slap, it sends a bleak message. The legal system would basically be saying that it’s OK for police, and even regular citizens, to shoot black people, but it’s not OK for a black football star to jokingly spank a security guard.

And to be clear, neither is OK.

But there’s a long list of controversial cases of police killing black men, such as the Eric Garner killing, the Michael Brown shooting, the Freddie Gray death, and the Trayvon Martin case, to name a few. Considering the officers and citizens accused of these killings were sentenced to a grand total of zero days in jail, it would be a bad look to arrest OBJ for a spanking to the bum. 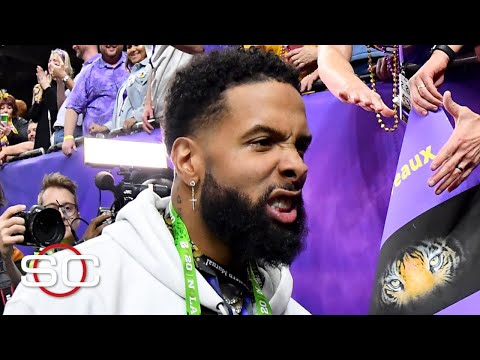 This situation could just as easily be viewed as an ego-fueled power grab by a celebrity who feels like he’s above the law.

Camera footage showed him handing cash to LSU players. Then he slapped the security officer. Security also had to separate him from the LSU band. And he was an all-around diva all night. He kept his face in the spotlight during a moment that should’ve been about the LSU players.

OBJ has a long history of erratic behavior, so much so that people have begun to compare him to much-maligned wide-receiver Antonio Brown. He’s certainly in line for a reality check, but this might not be the right moment to serve it.

Police are charging Beckham with simple battery. A judge rejected their attempt to book him for misdemeanor sexual battery.