Popular streamers Tyler “Ninja” Blevins and Michael “shroud” Grzesiek must be smiling right now. With Microsoft’s Mixer streaming platform done and dusted, the two are under no obligation to jump to Facebook Gaming.

That’s through no lack of trying on Facebook’s part, though.

Reports suggest the social media giant threw its financial might at Ninja and shroud in the hope of securing their services. Negotiations saw Facebook offer the two double the compensation of their respective deals with Mixer.

The original deals already included life-changing money – reportedly $30 million for Ninja and $10 million in shroud’s case. Yet, despite Facebook doubling those amounts, both streamers refused the deals.

The two are now free agents able to play the field as their suss out their next streaming home. While refusing tens of millions of dollars may seem reckless, reports suggest Ninja and shroud received full payments for their Mixer deals.

In hindsight, the streamers played a shrewd game, bagging millions in exchange for a few months of discomfort and low viewership numbers over on Mixer.

As soon as the opportunity popped up, they’ve jumped ship. And yet another lucrative streaming deal is likely just around the corner. A return to Twitch? A jump to YouTube? Who knows? What’s certain is that other platforms won’t waste any time as they vie to pen new deals.

The two streamers will land on their feet one way or another.

A Raw Deal for Smaller Streamers 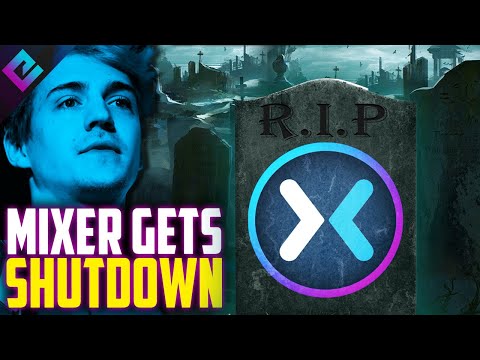 With so much attention devoted to the big players, it’s easy to forget that smaller streamers will suffer most from Microsoft shuttering Mixer.

They bought into Mixer’s lofty ambitions, fostered communities from scratch, and poured countless hours into establishing themselves on the platform. And all that for nothing.

Now, they’ll effectively have to start again from scratch on a different platform, lose out on vital earnings, and try to rally a fragmented community to a new home. To add insult to injury, it appears Microsoft made no effort to warn most streamers about the decision to shut Mixer down ahead of time.

Microsoft has promised to double earnings for June to mitigate the impact somewhat. Facebook Gaming is also trying to lure partnered streamers over with a one-time $2,500 signing bonus.

Yet these palliative measures seem inadequate in light of streamers having their long-term livelihoods swept from under their feet from one day to the next.