When Mike Bloomberg made the decision late last year to run for the United States presidency, I doubt he envisioned his legacy would be one of a laughingstock.

We’re talking about a former mayor of New York and a billionaire who was in the enviable position of being able to fund his entire campaign without donations.

Bloomberg has a history of supporting gun control, abortion rights, and same-sex marriage. He also backs progressive policies regarding citizenship for illegal immigrants. He must have fancied his chances of being the guy to topple Donald Trump.

Hey, he’s even an old white guy! Talk about ticking all the boxes!

What went wrong for Mike Bloomberg?

It didn’t take long for the former mayor of New York to realize he was in over his head.

His very first presidential debate saw Elizabeth Warren challenge him on allegations of sexual harassment and his silencing of alleged victims. 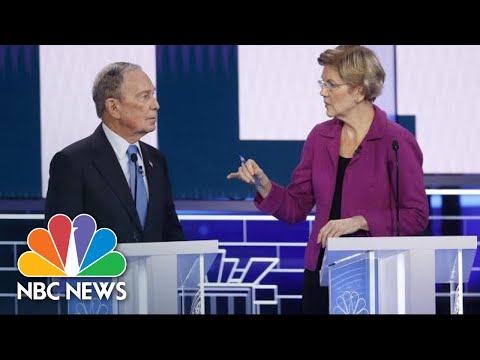 Bloomberg dealt with the situation as best he could. Three women filed complaints and Bloomberg indicated that he would release them from their non-disclosure agreements if they requested.

The damage was done, though.

We’ve seen what allegations of inappropriate comments can do to a man’s career. So accusations of sexual harassment were always going to be challenging to bounce back from.

What was he thinking?

What’s most amazing is that Mike Bloomberg knew about these allegations. Did his campaign not think that the media – or at least an opponent – would dredge up his past?

Regardless of any truth behind these claims, when you’re accused of telling a pregnant former employee to “kill” her unborn child, you have to know such rumors could destroy any presidential campaign.

Oh, and allegedly requesting that your female salespeople line up and give a male employee oral sex as a wedding gift isn’t going to be well received.

Not to mention that advising an employee trying to find a nanny for their child that all they need is “some black who doesn’t even have to speak English” probably won’t endear you to many voters.

It seems that not everyone can buy an election

Despite all that baggage, Mike Bloomberg thought he could buy his way into the White House. Such arrogance isn’t a rare trait among billionaires like him.

What he’s actually done is throw away more than half a billion dollars of his own money to pick up a single primary victory in American Samoa.

Even President Donald Trump couldn’t resist sticking the boot in.

What next for the $55 billion Bloomberg?

Mike Bloomberg may be a thoroughly dislikable little man, but he’s no fool. He was happy to invest a considerable amount of his own money in this campaign. If he’s not getting the results he wants, he’ll very likely cut his losses and move on.

Despite upbeat talk from his spokespeople on Tuesday, there isn’t a way back for Mike Bloomberg. He needed Joe Biden to crash and burn, and the opposite has happened.

Face it, Mike, when you’re losing miserably to Bernie Sanders and Trump is mocking you, it probably means this line of work isn’t for you.

Bloomberg-Clinton 2020 Sends One Signal to Bernie Voters: ‘Screw You!’

A Bloomberg Vs. Trump Election Would Be a Dream for the Dow Jones