Manchester United is in freefall and the owners don’t seem to care. A once great club is now a mere shadow of its great teams of the past.

Ole At the Wheel, But He’s Not the Biggest Problem

Most Manchester United fans were happy to see club legend, Ole Gunnar Solksjaer, given the manager’s job after the revival he brought about after the dour end days of Jose Mourinho.

He transformed United in his first games as coach and brought a smile back to the faces of the fans and players. It was a minor love-in, but it was never going to last.

Instead of saying the right things and waiting to make a clear-headed decision at the end of the season, Ed Woodward jumped on the bandwagon and gave Ole the job.

Very soon after, the wheel’s started to come off.

Time and time again decisions like this have driven the club further into the doldrums. Ed Woodward is not a football man and nothing he has done since becoming CEO has brought about any positive change for the club.

Commercially, Manchester United is thriving. But all those marketing tie-ins will start to wither away as the club falls further and further behind on the pitch. This is the only place where success should be measured in a football club. Woodward and the Glazer family don’t seem to realize this.

No Direction, No Structure

Ole keeps talking about the future and how there is a bigger picture at work here. The thing is, nobody from outside can see any clear indication of what that plan is.

Focussing on youth is all well and good, but how do you know those players are going to be good enough? All great teams of the past have mixed youth with experience.

In Manchester United’s case, most of the experienced players are not good enough to lead the young players. The long-standing club captain just forced a move to Italy.

The club seems to be burying its head in the sand and shouting about the future while not accepting that the present and the whole of the last six or seven years have been an absolute shambles. 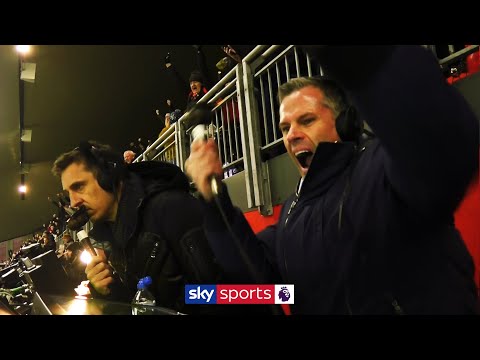 There is no way that things are simply going to become good overnight one day in the future. Ole is the wrong person for the job, but there is no sound structure above him either.

Transfers are conducted by the legend that is Woodward. A man who once waited for Marouane Fellaini’s buy-out clause to expire before paying £4 million more to get him at the last minute.

Manchester United a Club Left Behind

Teams like Manchester City, Juventus, Liverpool, and Bayern Munich all have comprehensive football management structures in place which take the pressure off the coach.

For years, Manchester United has been talking about bringing in a Head of Football, but that move has failed to materialize. While the club has continued to lurch from managerial mishap to another, Woodward has continued to oversee all of this chaos.

The Glazers clearly don’t care about this situation. And Woodward appears to have no sense of shame about the mess he has made. There are hardly ever any public statements in order to placate the fans. And the club seems content to move blindly forward as long as the revenue streams continue to grow.

The worst part about the defeat against Liverpool on Sunday was that United played quite well at times.

Some of the players put in a good shift and at times United brought the game to Liverpool. The truth is that Liverpool was never really bothered by any of this.

United is now looked at like a plucky, big-hearted team of not quite good enough players who are complimented for having a go.

This is not the Manchester United way and it is a disgrace that this is the level to which this great club has been brought.