Sunday’s contest with the Atlanta Hawks seemed the perfect opportunity for LeBron James to get some much-needed rest by watching it from the bench.

The Los Angeles Lakers superstar had already flown from South Florida, where his team beat the Miami Heat on Friday, to Columbus, Ohio to watch his son play his high school alma mater a day later. He then took another flight to catch his team’s tilt with the bottom-dwelling Hawks in Atlanta. The Lakers finish the holiday season with a tough slate of games, too, including matchups with the streaking Milwaukee Bucks and cross-arena rival LA Clippers.

If there was ever a non back-to-back for James to get some extra rest and relaxation, Sunday’s game was it. Not only did he play against the Hawks, but James was downright dominant from the opening tip in a highlight-filled victory. 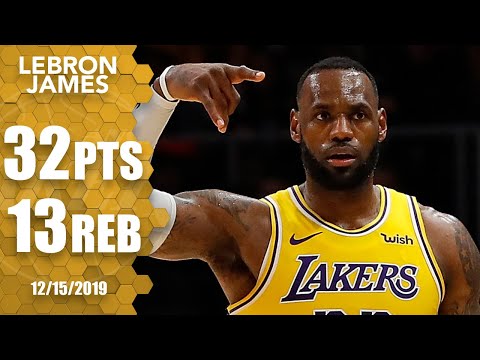 It was what James did after the game, though, that basketball fans across the globe should pay attention to most.

James made headlines last month when many believed he took an implicit shot at Kawhi Leonard amid renewed controversy surrounding load management. After Leonard and the LA Clippers received widespread flak for the reigning Finals MVP sitting out a highly anticipated matchup with Giannis Antetokounmpo and the Bucks, James insisted that if he’s healthy, he’ll play.

It’s easy to assume James’ line of thinking is a deviation from those of Leonard and other stars who sit out games to rest, including Joel Embiid. But a more in-depth examination of James’ take and the circumstances revolving around the Clippers’ ongoing management of Leonard reveals that both players are on the same page – and that the former is sticking up for the latter.

‘Management’ Is The Operative Word

The NBA fined LA $50,000 not for sitting Leonard in a nationally televised game against the Bucks last month but for Doc Rivers’ comments about his superstar’s absence. Before the game, Rivers said that while Leonard “feels great,” he only felt that way because of the Clippers’ careful management of his health.

Leonard, remember, dealt with nagging left knee pain for most of last season’s playoffs. He was limited to just 60 games during the regular season, as the Raptors rested him to ensure full recovery from the right quad injury that ultimately sparked his departure from the San Antonio Spurs.

Toronto kept the nature of Leonard’s injury during the playoffs under wraps, but The Athletic reported that his left knee discomfort stemmed from “overcompensating” for the lingering injury to his right quadriceps. In a statement announcing its fine of the Clippers for Rivers’ comments, meanwhile, the NBA revealed that “Leonard is suffering from an ongoing injury to the patella tendon in his left knee.” 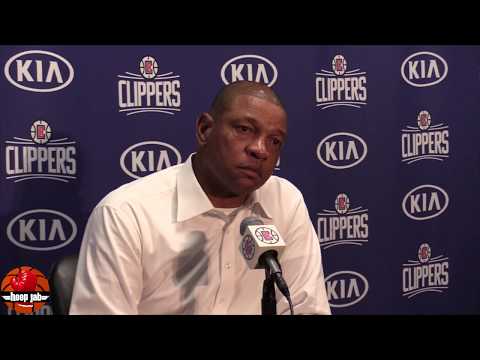 Leonard, basically, was deemed unfit to play not due to any acute recent injury but the possibility his sustained knee pain could result in further injury going forward – just as his quad discomfort did last spring.

That’s a crucial distinction, and one fans should have no problem understanding. Leonard, after all, has credited the Raptors’ management of his quad injury to why he was healthy enough to lead them to a championship.

James deserves credit for his stance here, and we’re all lucky that it means we’ll get to watch him play as much as possible. But any notion that he was offering some thinly veiled shot at Leonard is flat-out wrong.

By emphasizing the importance of health, James was actually defending Leonard – just as he so often does his playing peers.