The NCAA's ridiculous rules appear to be striking again and could keep Jame Wiseman from playing for Memphis this season. | Source: Ethan Miller / Getty Images / AFP

The NCAA has some pretty antiquated rules. Few would dispute that, but they are the governing body for college athletics, so it is their job to make, interpret, and enforce the rules. However bizarre they may be.

It is up to the NCAA to make sure there is a level playing field for every team. If teams cheat or try to circumvent the rules, it’s their responsibility to make them regret it. But what they shouldn’t do is deliberately interpret statutes in such a way that they find violations where there aren’t any.

However, that is precisely what they are doing by deeming Memphis freshman James Wiseman ineligible.

In someone’s mind, the case the NCAA has involving Memphis head coach Penny Hardaway and his star recruit, James Wiseman, makes sense. But to most observers, it is ridiculous.

Hardaway, who was hired by Memphis in 2018, gave a $1 million donation to the university in 2008. This made him a “booster” in perpetuity – at least according to the NCAA. That created problems in 2017, when he gave James Wiseman’s mother $11,500 to cover moving expenses for the family to move from Nashville to Memphis.

Wiseman was not aware of the money. At the time, Hardaway was the coach at East High School in Memphis. When he became the head coach at the University of Memphis in 2018, he wanted Wiseman to play for him. Hardaway offered Wiseman a scholarship just weeks after taking the job.

How much does James Wiseman mean to this Memphis basketball team? Penny Hardaway’s upbeat mood today is a good indicator.

“I had a lot of concerns, and James erased a large majority of those concerns.” pic.twitter.com/1ABjygKR6v

In May 2019, the NCAA deemed him eligible to play. But then on October 30, the NCAA sent him a letter saying that, due to a new interpretation of the bylaws, his eligibility was in question.

Since his head coach was technically a Memphis “booster” when he gave his mom money for moving expenses back in 2017, that money could be considered illegal benefits.

It doesn’t seem to matter that Hardaway was coaching a high school team at the time and that Tubby Smith was still the Memphis coach. But since he is the head coach now, something he did long before he got the job is causing issues.

One of the many frustrating aspects of this mess is that the NCAA knew about the gift. They were informed of it back when they deemed Wiseman eligible in May. For some unknown reason, the NCAA decided to change how they interpret certain rules.

Because of this new way of thinking, Wiseman’s eligibility is coming into question. As are Memphis’ NCAA tournament hopes: 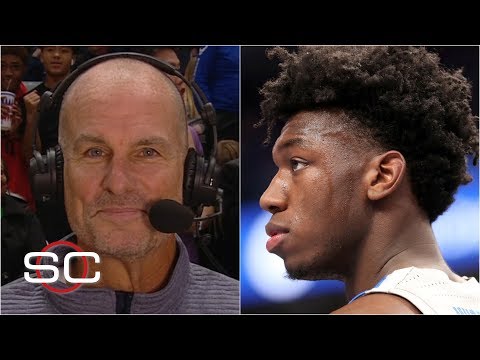 The whole mess still flies in the face of logic. It wasn’t like Hardaway was a regular booster to the university; it was a one-time gift in 2008—when Wiseman was nine years old and had probably never heard of Penny Hardaway.

As for the gift to his mom, if anything, Wiseman should have been deemed ineligible in high school. But there is no reason why his college eligibility should be in question.

That is, unless the NCAA can find proof Hardaway knew the job at Memphis would open in 2018. Not only that – but that when it did, he was going to get the job. Then it might make sense to call his gift to Wiseman’s mom in 2017 an illegal benefit. But only then.

I’ll close with a word to the NCAA’s crackerjack bureaucrats: There are real problems you need to address. Why not tackle them instead of creating new ones? Wiseman is only going to be in college for a year before going No. 1 in the 2020 NBA Draft.

Let us enjoy him now while we can.