Home Opinion Professor: The IPO Window Is Closing and Masayoshi Son Is to Blame

Professor: The IPO Window Is Closing and Masayoshi Son Is to Blame

It seems like the IPO window is closing. That was the statement from Steven Kaplan of the University of Chicago.

In an interview with CNBC, the respected scholar said that the $100 billion vision fund led by Masayoshi Son had led to a massive bubble in the technology sector. Son single-handedly pushed the valuation of companies like Uber, WeWork and Didi. He also compared the current technology valuations to what happened in the dot com bubble.

I think part of it may be that you had the vision fund was to some extent pumping up valuations. They had you know a hundred billion dollars. They were in Uber and WeWork. I think you know it may just be some realization that you know maybe these companies are not worth what they were and the market has gotten cautious.

Kaplan’s statement came at a time when investors have started to come back to their senses. It is a time when some of the most hyped technology companies have faltered. Companies like Lyft, Uber, SmileDirectClub and Peloton have all slid after their IPO. Post-IPO, the four companies have declined by 43%, 32%, 40%, and 13%, respectively. Slack and Spotify have all declined by 12% and 14% as public companies.

WeWork, once valued at more than $47 billion, was forced to abandon its IPO in shame. While other unicorns like Pinterest and Zoom Communications jumped after their IPO, their stock prices have been on a downward trajectory since then.

In the interview, Kaplan said that investors had started to focus on the profitability of these technology companies.

In the boom, people were buying growth and were not worried about profitability and, at some point, something switches and they start to care about profits. That’s what seems to be happening now.

This statement is supported by Bloomberg, which reported that unprofitable companies were raising the most cash since the dot com bust.

While many investors have focused on WeWork and Uber, many other companies continue to receive millions of dollars at ludicrous valuations. A good example of this is Robinhood, the zero-fee brokerage company aimed at millennials.

In June, the company raised more than $300 million from venture capitalists at a valuation of more than $7 billion. It is unclear whether the company will become profitable because it lacks a clear revenue model. The $5 Robinhood Gold subscription product will likely not draw enough users to justify the valuation. Further, the brokerage industry is a low-margin business. Just today, Schwab, which has more than 12 million customers, announced that it would remove all commissions, which will likely affect Robinhood.

Shopify is another example of how investors have “lost their minds.” While the company provides a good product, it is difficult to justify a $35 billion valuation. The loss-making company had revenue of $1.3 billion in 2018. It has a price to trailing sales ratio of 26. Compare this with PayPal’s 7 and Square’s 6. In fact, in the past month, stocks of unprofitable-but-growing software-as-a-service (SAAS) companies have moved to bear territory.

This could be a sign of things to come for other over-hyped technology plays. 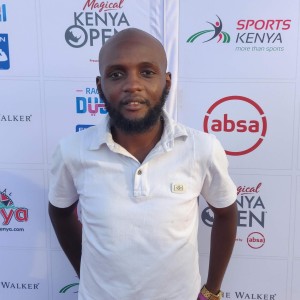