After living through 2008, most Americans live in fear of another housing market crisis. Unfortunately, we may be heading right back there. New data shows that a sweeping number of U.S. homeowners may not have enough money to pay their mortgage next month.

Brace yourself for a tsunami of mortgage delinquencies and defaults. 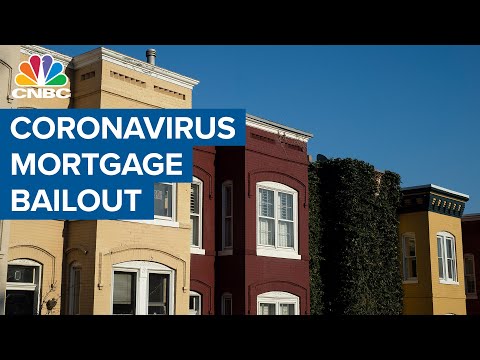 According to new survey data from Clever Real Estate, 30% of homeowners have less than $1,000 in the bank for emergencies.

22% don’t have enough to cover next month’s mortgage payment.

With 16 million newly unemployed in the last three weeks, many thousands of mortgages are about to go unpaid.

The number of requests to delay or suspend mortgage payments have already jumped 1,900% in the last month.

And 16% of U.S. homeowners say they have already requested to delay their payments under the new CARES act. This allows families to request forbearance for up to 180 days.

This is just the beginning.

Moody’s Analytics estimates that 30% of all American homeowners will stop paying their mortgage if lockdowns continue through the summer. Andrew Jakabovics, a former Department of Housing and Urban Development senior policy adviser said the forbearance program isn’t intended to be a long-term option.

Nobody has any sense of how long this might last. The forbearance program allows everybody to press pause on their current circumstances and take a deep breath. Then we can look at what the world might look like in six or 12 months from now and plan for that.

Another terrifying data point comes from Google Trends. Search results for ‘can’t pay mortgage’ have skyrocketed way beyond 2008 levels. In other words, the immediate impact is already worse than the last housing crisis.

According to Google Trends data, New Jersey, Tennessee, Florida, and Pennsylvania are the worst hit.

Many homeowners have vented their anger on Twitter. One replied to Joe Biden’s request for donations with a passionate response that sums up the feeling of millions in America right now.

I got laid off … I can’t afford to pay mortgage, utilities, or health ins. How dare you beg for money while people are dying, losing jobs, hazard working or self-isolating due to a worldwide pandemic.

Is another housing collapse coming?

It’s impossible to say for sure, but the warning bells are certainly ringing. One real estate guru has already warned homeowners to sell their house quickly, before the next downtrend hits.

Elsewhere, the Federal Reserve has pushed the mortgage banker industry to the brink of collapse with its record-breaking stimulus actions.

Not everyone is worried, however. A growing number of millennials are publicly begging for a housing market collapse so they can get on the housing ladder. Maybe they should be careful what they wish for.