Goldman is encouraging investors to put more money into the stock market, as it expects equities to outperform bonds over the next year.
PHNjcmlwdCBhc3luYyBzcmM9Imh0dHBzOi8vcGFnZWFkMi5nb29nbGVzeW5kaWNhdGlvbi5jb20vcGFnZWFkL2pzL2Fkc2J5Z29vZ2xlLmpzIj48L3NjcmlwdD4KPCEtLSBUb3AgQXJ0aWNsZSBDQ04gLS0+CjxpbnMgY2xhc3M9ImFkc2J5Z29vZ2xlIgogICAgIHN0eWxlPSJkaXNwbGF5OmJsb2NrIgogICAgIGRhdGEtYWQtY2xpZW50PSJjYS1wdWItNjQ3MjA2OTY5MzY1NzE0MyIKICAgICBkYXRhLWFkLXNsb3Q9IjU4NDY0ODIyMjMiCiAgICAgZGF0YS1hZC1mb3JtYXQ9ImF1dG8iCiAgICAgZGF0YS1mdWxsLXdpZHRoLXJlc3BvbnNpdmU9InRydWUiPjwvaW5zPgo8c2NyaXB0PgogICAgIChhZHNieWdvb2dsZSA9IHdpbmRvdy5hZHNieWdvb2dsZSB8fCBbXSkucHVzaCh7fSk7Cjwvc2NyaXB0Pg==

Goldman Sachs is encouraging investors to put less money in the bond market and more into the stock market. The firm says global equities have “rarely been as attractive relative to bonds” and will “likely outperform bonds” over the next 12 months.

Goldman based its analysis on the equity risk premium (ERP), which is currently near an all-time high. A high ERP means that stocks should deliver better returns than bonds, but it doesn’t always mean the stock market will surge.

By lowering interest rates to zero and promising to keep them there for the foreseeable future, the Federal Reserve is essentially forcing investors to bet on stocks. Government bond yields don’t look attractive.

The firm believes the European market will keep outperforming in the next 12 months but advises investors to reduce exposure to U.S. stocks.

Goldman’s call is surprising, given the stock market’s high valuation.

After recouping 99% of their losses, global stocks haven’t been that expensive since the tech bubble based on the P/E ratio over the next 24 months.

Warren Buffett’s favorite market indicator hit a 30-month high earlier in August, indicating global equities are overvalued and may be due for a correction.

The global version of the “Buffett Indicator,” which compares global stocks value to global GDP, has exceeded 100% for the first time since February 2018. A reading of over 100% suggests that the worldwide stock market is overvalued relative to the global economy.

Buffett said in 2001 that when the indicator hit an all-time high in the months leading up to the dot-com crash, it “should have been a very strong warning signal.”

Buffett’s favorite indicator sends a warning to all investors. Watch the video below. 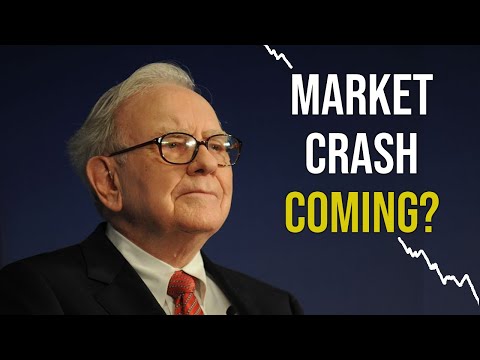 The Buffett indicator for the U.S. also hit an all-time high during the pandemic. Major U.S. stock indexes have rebounded almost entirely from the pandemic crash earlier this year, while GDP fell sharply in the second quarter.

The indicator’s current level highlights the massive disconnect between very high stock valuations and depressed economic growth in countries worldwide due to the pandemic.

Equities have benefited from aggressive intervention by governments and central banks to bail out companies and support markets.

Meanwhile, the global economy has suffered from authorities’ efforts to fight the virus, including shutting down non-essential businesses, restricting travel, and encouraging people to stay home.

Brad McMillan, chief investment officer at Commonwealth Financial Network, said that FOMO is driving investors back into the stock market:

Sentiment is increasingly positive, and the fear of missing out is becoming a powerful driver for investors to get back in the market.

He urged investors to say prudent:

We should not get caught up in the excitement. All-time highs are great, and they often lead to further highs. But they can also signal increased risk.

Investors Pricing in Smooth Recovery Are Making a Mistake

According to a National Association for Business Economics survey, 80% of economists see at least a 25% chance of a double-dip recession in the U.S. That means they see the recession worsening before getting better.

The situation doesn’t look much brighter in Europe. The rebound in the European economy appears to have slowed down in August, as a resurgence of new virus cases makes businesses, buyers, and travelers more cautious.

The European economy, which had been expected to bounce back from the recession more forcefully than the United States, could take longer to heal.

Stock markets are pricing in smooth recovery, but the recovery will likely be bumpy. Equity overvaluation and the possibility of a more prolonged recession increase the risk of a market downturn.

Bond returns are low, but it’s better to have low returns than lose money. Rotating into stocks, as Goldman suggests, appears risky. The stock market is forming a mega-bubble that may pop anytime.

Stephanie Bedard-Chateauneuf
Stephanie has been writing about stocks and financial markets for several years. Based in Canada, she has written for The Motley Fool and Seeking Alpha. She received an MBA in finance and worked for National Bank of Canada. Check out more of her experience on LinkedIn + and follow her on Twitter. Reach her at stephanie.chateauneuf (at) gmail.com or visit her profile on Muck Rack here. Stephanie is a Trusted Journalist.
Subscribe
0 Comments
Inline Feedbacks
View all comments

Dow Under Pressure as Pre-Election Jitters Weigh on U.S. Stock Market
No Comments
← PreviousOne Chart Tells You Everything You Need to Know About Unemployment
Next →Fed Is Destroying the Dollar With Inflation. There’s No Turning Back

U.S. Stock Market Is Starting to Price in Dire State of the Economy
September 27, 2020 1 Comment
PHNjcmlwdCBhc3luYyBzcmM9Imh0dHBzOi8vcGFnZWFkMi5nb29nbGVzeW5kaWNhdGlvbi5jb20vcGFnZWFkL2pzL2Fkc2J5Z29vZ2xlLmpzIj48L3NjcmlwdD4KPCEtLSBSZWNvbW1lbmRlZCBwb3N0cyBBZCBDQ04gLS0+CjxpbnMgY2xhc3M9ImFkc2J5Z29vZ2xlIgogICAgIHN0eWxlPSJkaXNwbGF5OmJsb2NrIgogICAgIGRhdGEtYWQtY2xpZW50PSJjYS1wdWItNjQ3MjA2OTY5MzY1NzE0MyIKICAgICBkYXRhLWFkLXNsb3Q9IjI3MzY1ODYyMzUiCiAgICAgZGF0YS1hZC1mb3JtYXQ9ImF1dG8iCiAgICAgZGF0YS1mdWxsLXdpZHRoLXJlc3BvbnNpdmU9InRydWUiPjwvaW5zPgo8c2NyaXB0PgogICAgIChhZHNieWdvb2dsZSA9IHdpbmRvdy5hZHNieWdvb2dsZSB8fCBbXSkucHVzaCh7fSk7Cjwvc2NyaXB0Pg==