Gold has been one of the best-performing assets in 2020. Its price has surged more than 35% year to date, compared to a single-digit rally in the S&P 500. And despite gold’s stellar performance, the yellow metal still has massive upside.

With the dollar weakening, bond yields tanking, and the Fed stimulating the economy at an unprecedented level, gold is on a firm footing.

Here’s why the metal is poised to soar in the second half of the year.

The U.S. Dollar Is Growing Weaker

As the global reserve currency, the U.S. dollar benefits from safe-haven demand during times of geopolitical uncertainty.

When the coronavirus pandemic exploded in Asia and Europe, investors rushed to the greenback because they saw the American economy as the safest place to be while the rest of the world was in shambles.

Fast forward to August, and the situation has flipped. America has failed to contain COVID-19, while economies in Europe and Asia are already getting back to normal.

To make matters worse, the U.S. is suffering from its worst social unrest in decades due to mass protests in major cities around the country. America has an election coming up in November and – for the first time in its history – a president who might not accept the results if he loses.

Foreign investors are losing faith in America, and this is evidenced by the rapid decline in the dollar index over the past three months.

Gold prices tend to move inversely to real yields, which are the return on 10-year Treasury notes adjusted for inflation.

Video: This analyst called gold’s rally to $2,000. Here’s where he sees it heading next. 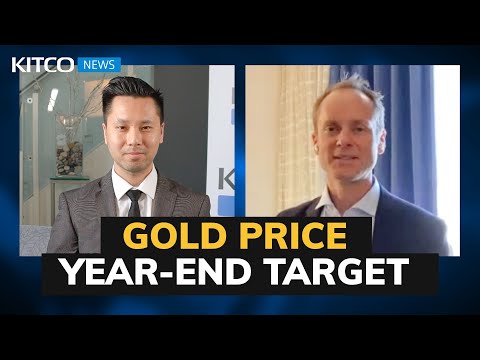 The rates for these bonds currently stand at around negative -1.08%. Put in layman’s terms, inflation is higher than the return on government bonds. This is driving investors to assets like gold, which can act as a hedge against inflation.

As you can see, when real yields go down, gold goes up and vice versa.

Real yields may continue tanking because of the tidal wave of fiscal and monetary stimulus the U.S. government is pumping into the economy.

The Fed Is Overstimulating the U.S. Economy

Between Congress and the Federal Reserve, the U.S. has thrown over $6 trillion into coronavirus stimulus, and that number could soon grow with another multi-trillion-dollar stimulus bill being debated in Washington.

And according to Mike Wilson, the chief U.S. equity strategist at Morgan Stanley, this could lead to massive inflation:

It’s fair to say we have never observed money supply growth as high as it is today. The risk of higher inflation may be greater than it’s ever been, too.

While monetary and fiscal stimulus doesn’t always have a direct impact on CPI inflation, it does seem to increase asset price inflation. This boosts income inequality (and social instability), drives down bond yields, and could potentially boost the price of gold.

This Rally Isn’t Over Yet

Gold’s momentum is supported by a perfect storm of bullish tailwinds going into the second half of 2020.

The U.S. dollar is rapidly falling against other major currencies, bond yields are tanking, and extreme fiscal stimulus could soon result in runaway inflation.

There’s never been a better time to hold the yellow metal.

Disclaimer: This article represents the author’s opinion and should not be considered investment or trading advice from CCN.com. Unless otherwise noted, the author has no position in any of the assets mentioned.