December gold futures, the most actively traded derivatives contract, traded as low as $1,492.10 a troy ounce Tuesday. They have since recovered to around $1,507 a troy ounce, having gained 0.2%. Bullion remains about 4% shy from its most recent high set on Sept. 4.

The gold-silver ratio used by investors to determine when to buy or sell precious metals declined 0.8% to 84.89. In other words, 84.89 ounces of silver are needed to purchase one ounce of gold.

Precious metals had their gains capped by a rising U.S. dollar, which seems to be benefiting from an apparent liquidity shortfall in global markets. The U.S. dollar index jumped 0.2% to 99.15. 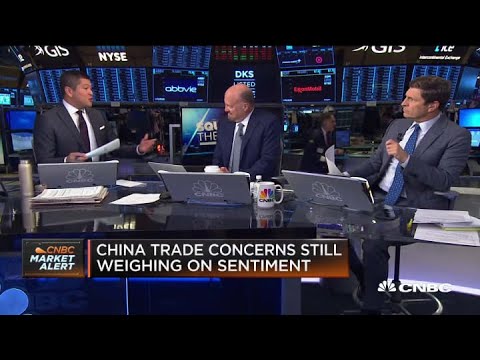 Hopes that China and the U.S. would resolve their longstanding trade dispute were quickly dashed after Beijing’s top negotiator narrowed the scope for upcoming trade talks.

Vice Premier Liu He said Chinese industrial policies and government subsidies are off the table at this week’s negotiations in Washington. Trade tensions were reignited Tuesday after the Trump administration added some of China’s largest artificial intelligence startups to its blacklist.

Although formal talks are set to begin Thursday, deputy trade negotiators were scheduled to meet on Tuesday to lay the groundwork for the deliberations. According to Reuters, U.S. Trade Representative Robert Lighthizer and Treasury Secretary Steven Mnuchin said the Chinese delegation could leave earlier than planned because “there’s not too much optimism.”

The trade war, now in its 16th month, has undermined manufacturing productivity in both countries as well as knocked the global economy off course. Latest developments suggest a comprehensive deal is unlikely anytime soon. That sentiment was echoed by President Trump, who said earlier this week that a quick trade deal was highly improbable.

The upcoming trade talks will take place days before the United States is scheduled to increase tariffs on $250 billion worth of Chinese goods.