The price of gold bounced on Wednesday, one day removed from its steepest drop in over a month as investors began to doubt the prospect of an interim trade deal between the U.S. and China.

Precious metals were higher across the board Wednesday, a reflection of subdued risk sentiment in the market. Futures on December gold deliveries reached an intraday peak of $1,495.90 a troy ounce on the Comex division of the New York Mercantile Exchange. That represents a gain of 12.10, or 0.8%.

Precious metals sold off Tuesday, wiping out more than a week’s worth of steady gains. The gold price plunged all the way down to the mid-$1,480 region after trading around $1,515 at the start of the week.

Gold’s premium over silver rose by 0.3% on Wednesday to reach 84.58. That’s how many ounces of silver are needed to buy one ounce of gold.

On the currency front, the U.S. dollar continued to trade near three-week highs against a basket of major peers. The dollar index (DXY) was last spotted just below 98.00 following a sharp two-day rally. 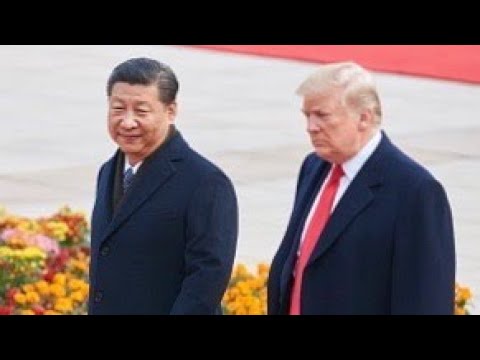 It has been nearly four weeks since President Trump announced his ‘phase one’ trade deal with China. Although the market took his word for it, Chinese and American negotiators appear to be no closer to finalizing the interim deal.

Prospects for a November agreement are slowly fading now that President Trump and Chinese counterpart XI Jinping have pushed back their planned meeting to December. Both leaders were scheduled to meet on the sidelines of the APEC summit in Chile later this month before it was cancelled.

China is reportedly seeking a rollback in tariffs before finalizing any trade deal with the Trump administration. The stance is much different than the one reported last month, where China had basically agreed to purchase more American farm goods in exchange for a temporary freeze on duties.

Equity markets have been rallying for weeks now on hopes that an interim agreement was coming. Without this underlying catalyst, the major indexes could see a slight rollback heading into the holiday season. In this environment, gold is likely to remain elevated.