First Things First’s production team has filled Carter’s empty chair alongside hosts Nick Wright and Jenna Wolfe with a cavalcade of FS1 analysts. It’s unclear whether Fox is treating these guest appearances as shadow auditions or just bringing in bench players to keep the seat warm while they scheme to poach another analyst from ESPN.

Either way, FS1 may have accidentally stumbled upon the perfect replacement for Cris Carter on First Things First: Greg Jennings. And the best part is, they already have him under contract.

Why Greg Jennings Is the Perfect Replacement for Cris Carter

Jennings, who filled in during Tuesday’s First Things First episode, is a natural successor to Carter. Like his predecessor, he was a Pro Bowl wide receiver during his time in the NFL, giving him instant name recognition and allowing him to slide into the show’s vacant athlete-analyst role with ease.

The similarities don’t end there. Both former NFL stars spent the bulk of their careers catching touchdowns in the NFC North: Carter with the Minnesota Vikings and Jennings with the Green Bay Packers. (Jennings also played for the Vikings in 2013 and 2014 late in his career, but he’s best remembered for his seven seasons with the Packers.)

Even more uncanny, Carter and Jennings both retired from the NFL following disappointing swan songs on Miami Dolphins teams that failed to make the playoffs. 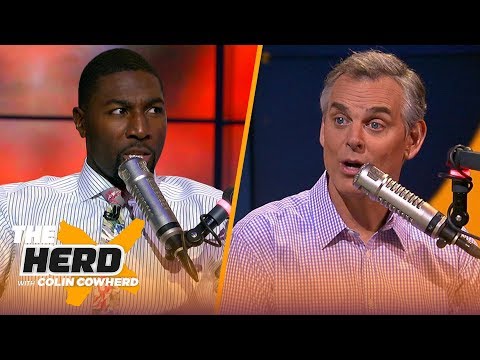 However, what really matters is how Jennings performs in front of the camera, and unlike some former athletes, he looks just as comfortable behind the analyst’s desk as he did on the field. It’s notable that he has several minor acting credits, including guest appearances on Criminal Minds, The Game, Royal Pains, and The League.

Moreover, the 36-year-old Jennings is nearly 18 years younger than Cris Carter, making his NFL experience more relevant to modern discussions about the league. His relative youth also makes his takes inherently less prone to the “back in my day” crustiness that younger sports fans tire of hearing from the athletes who played in the Good Old Days.

He Can Fill the Hot Take Quota

Now, we all know that sports commentary shows thrive on one thing, and one thing only: the Hot Take. 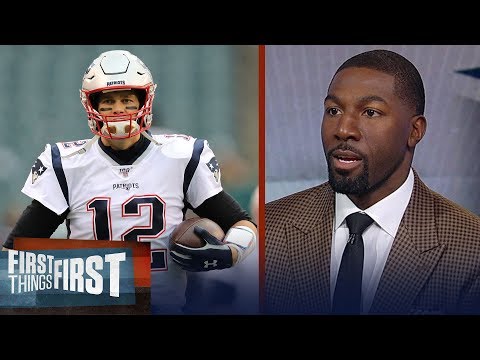 That claim, while relatively benign by Hot Take standards, received coverage from both regional and national sports news outlets.

He Already Has an ‘Archnemesis’

Similarly, every iconic talking head needs an archnemesis, an athlete on whom he can heap merciless amounts of shade for no other reason than to fill a gap between commercial breaks. Skip Bayless has LeBron James. Colin Cowherd has Baker Mayfield. And Jennings has Aaron Rodgers.

The former Packers teammates have a well-documented beef, and Jennings has been critical of Rodgers’ leadership during his FS1 guest spots. One barb even incited a response from Rodgers, generating every television producer’s dream: a self-perpetuating news cycle. 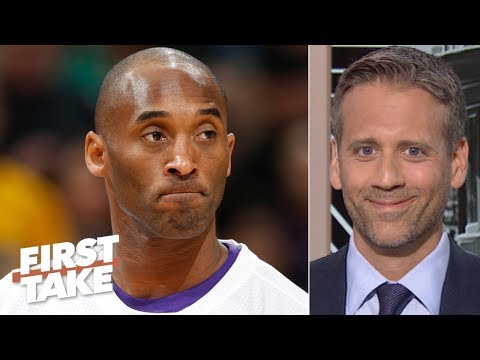 Then again, there’s something about wallowing in the mire of the morning show format and incentive structure five days a week that seems to eventually corrupt even the most principled analyst. The Hot Takes pay the bills, and producers expect the on-air talent to spit them out ad nauseam. After all, ESPN did just award Stephen A. Smith an $8 million per year contract, making it abundantly clear what sort of “analysis” the self-described “worldwide leader in sports” values.

Would Greg Jennings Even Want to Take Cris Carter’s Place?

It remains to be seen whether Greg Jennings could continue to defy the magnetic pull toward the cartoonish over the long-term. But there’s also the question of whether he would even want to take the job.

First Things First is filmed in New York City, roughly 1,200 miles from where Jennings and his family live in Minnesota. He regularly flies between the two coasts for studio appearances on FS1 shows, but that’s a heck of a commute for a five-day-a-week job. The Jennings have called the state their “permanent home,” and it would be understandable if he declined the full-time gig to avoid uprooting his family.

But right now, the theoretical addition of Greg Jennings to First Things First promises to offer sports fans a welcome respite from the rank stupidity that populates most time slots on FS1 and ESPN.

Josiah Wilmoth
Josiah is the former U.S. Editor at CCN.com, where he focused on financial markets. His work has also been featured on Yahoo Finance and Investing.com. He lives in rural Virginia. Connect with him on LinkedIn or Muck Rack. Email him directly at josiah.wilmoth(at)ccn.com. Josiah Wilmoth is a Trusted Journalist.
Subscribe
0 Comments
Inline Feedbacks
View all comments
← PreviousJ.J. Watt Tweeted His Phone Number to Fans, on Purpose!
Next →Suspension of Memphis’ James Wiseman Is Why Student-Athletes Should Get Paid

Where’s Cris Carter? Everything We Know About Mysterious Fox Exit
November 27, 2019 No Comments

Cris Carter Ejected from Fox Sports After Breaking His Own Simple Rule
November 7, 2019 No Comments

Rob Gronkowski Is Returning to Football…but He’s Not Playing
October 8, 2019 No Comments
PHNjcmlwdCBhc3luYyBzcmM9Imh0dHBzOi8vcGFnZWFkMi5nb29nbGVzeW5kaWNhdGlvbi5jb20vcGFnZWFkL2pzL2Fkc2J5Z29vZ2xlLmpzIj48L3NjcmlwdD4KPCEtLSBSZWNvbW1lbmRlZCBwb3N0cyBBZCBDQ04gLS0+CjxpbnMgY2xhc3M9ImFkc2J5Z29vZ2xlIgogICAgIHN0eWxlPSJkaXNwbGF5OmJsb2NrIgogICAgIGRhdGEtYWQtY2xpZW50PSJjYS1wdWItNjQ3MjA2OTY5MzY1NzE0MyIKICAgICBkYXRhLWFkLXNsb3Q9IjI3MzY1ODYyMzUiCiAgICAgZGF0YS1hZC1mb3JtYXQ9ImF1dG8iCiAgICAgZGF0YS1mdWxsLXdpZHRoLXJlc3BvbnNpdmU9InRydWUiPjwvaW5zPgo8c2NyaXB0PgogICAgIChhZHNieWdvb2dsZSA9IHdpbmRvdy5hZHNieWdvb2dsZSB8fCBbXSkucHVzaCh7fSk7Cjwvc2NyaXB0Pg==