Former NFL wide receiver Cris Carter has been living the life. He never won a championship in the NFL, but he did one better. He was a great player and earned a spot in the Hall of Fame. But he was also popular enough to get a job on TV post-football.

But it looks like he is not going to be doing that anymore, at least, not for Fox. Why not? Well—it sounds like he may have forgotten to follow his own advice.

Cris Carter needs to get his "Fall Guy" to take the blame for this pic.twitter.com/bElX1K13sW

“Have a fall guy.” Have someone willing to take the blame for whatever you did so you don’t damage your career or your brand.

He apparently failed to heed that advice and has been let go by Fox.

What Happened to Cris Carter?

At the moment, whatever transpired leading up to his departure is not public knowledge. Fox suspended Carter from his show, FS1’s First Things First, late last month. A reason for the suspension is unknown.

According to the rumor mill, Carter was unhappy he was not included in the Thursday Night Football pregame crew. Instead of using him, the network was flying Tony Gonalez back and forth from Los Angeles. Rob Gronkowski has even been part of the show. Reggie Bush got a chance to sub in for Terry Bradshaw last week over him.

So, if he put up too big of a stink over being left out, the network could have decided he wasn’t worth the trouble anymore. But with the popularity of First Things First, it would seem like a petty move to let him go because he complained. 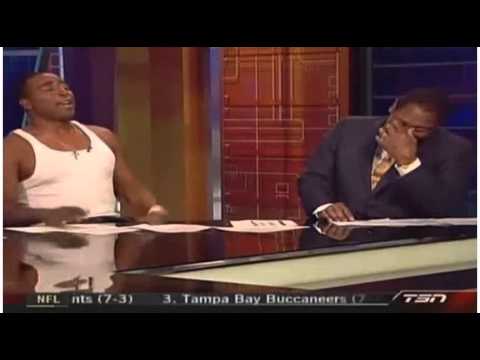 There must be something more. According to what sources told the New York Post, there was more to it than his complaining.

What’s Really Going on at Fox?

According to a report by The Big Lead, Carter was suspended from his show pending an investigation. If all he did was throw a temper tantrum over Thursday Night Football, there really wouldn’t be much of a need for an investigation.

Investigations take place when inappropriate conduct takes place, not temper tantrums. So, it sounds like he did  “something.” All Fox has said is that he is no longer with the network and “no comment.”

So—did he do something other than complain about being left off the Thursday Night Football crew? Who knows, but if he did, one thing is clear—he didn’t have a fall guy.