Literally never going to another game again. Cancelling my tickets to the Lions game.

It’s crucial to note Ninja’s love for football was no passing fancy. As one of the most prominent gamers in the world, his passion for the Detroit Lions attracted the attention of the NFL. The Fortnite streamer promoted football skins in the popular video game and even appeared in an NFL 100 commercial celebrating the league’s 100th season.

Sadly, it seems the love affair is over.

So what happened to send Ninja (real name Richard Tyler Blevins) into such a tailspin? A series of officiating mistakes down the stretch that enabled the Green Bay Packers to erase a 22-13 deficit.

Two crucial penalties were called on Detroit Lions defensive end Trey Flowers for illegal use of hands to the face. The first Flower’s penalty flipped a stop on 3rd down to force a punt to a fresh set of downs and a resulting touchdown with roughly 10 minutes left in the 4th quarter.

The second was a nearly identical call, where illegal contact was called incorrectly, preventing the Lions offense from having a shot to mount a game-winning drive. 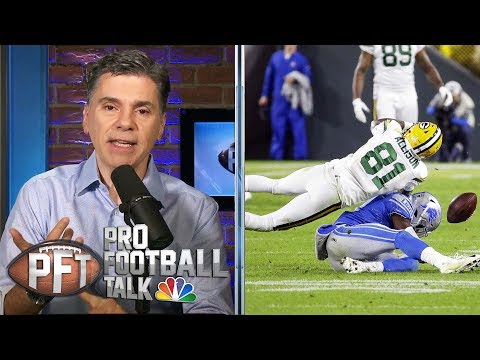 Arguably the worst error of all came when officials didn’t throw a flag. A pass to Lions WR Marvin Jones was obstructed, costing Detroit a first down around Green Bay’s 22-yard line. This was on the very next possession after their lead was cut to two points.

Will Ninja Ever Attend a Lions Game Again?

As anyone who has seen the ferocity with which Ninja plays Fortnite will know, the multimillionaire gaming star is an extremely competitive person. Watching the NFL referees ruin a vital road win for his beloved Detroit Lions has clearly irked him tremendously. Time will tell if he ever gets over this brutal defeat in a year where his Lions have looked promising.

It was quite obvious what Ninja chose to do to calm himself down, as not long after he posted a tweet proclaiming his love for the new Fortnite.

I am in love with this new Fortnite