While rumors swirl about Tom Brady feeling he has an embarrassing salary, the freshly retired Eli Manning might have had the most egregious earnings in NFL history.

Eli Manning is retiring as the highest-paid football player ever. Even though he’s made $252 million over his 16-year career, the consistently-inconsistent quarterback is not even a lock for the Hall of Fame. 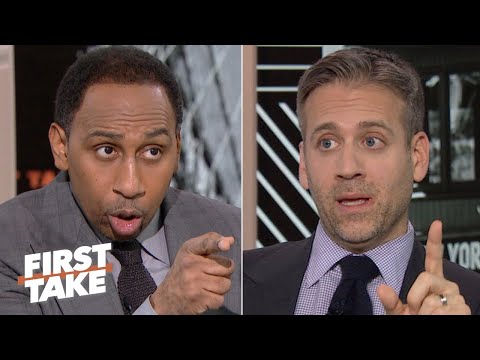 Meanwhile, Tom Brady has been taking pay cuts for years to help keep the Patriots competitive. The six-time Super Bowl champ is earning less than players like Alex Smith and Derek Carr.

But it’s not embarrassing to sacrifice money for legacy.

If anyone should be embarrassed by their earnings, it’s the grossly overpaid Eli Manning.

Is Manning a lock to make the Hall of Fame? Not even close. While his brother was a first-ballot inductee, Eli is known more for his inconsistency.

His highs were incredibly high. Like when he completed one of the most incredible passes in Super Bowl history to David Tyree. He went on to lead the Giants to victory, upsetting Tom Brady and the mighty Patriots.

The helmet catch 🙌 (via @NFL) pic.twitter.com/FxLi747YYh

Or four years later, when he threw a perfect pass to Mario Manningham that led to yet another Super Bowl comeback for the Giants.

But his lows were depressingly low.

Eli Manning holds the single-season interception record for this past decade. In 2013, he threw for 27 interceptions and 18 touchdowns as the Giants missed the playoffs. That season was one of three in which he threw 20+ interceptions.

In fact, Manning missed the playoffs more times than he made them. Out of his 16 seasons in the league, he only made the playoffs six times. To cap it all off, he was eventually benched this past season for rookie Daniel Jones.

Hall of Fame inductions are not easy to come by. Just ask another New York Giants quarterback with two Super Bowl rings.

The Similarities Between Manning and Phil Simms

Phil Simms won two Super Bowls with the Giants in 1986 and 1990, and he’s still waiting for his Hall of Fame call. While injuries forced him to play fewer games than Manning, and sit out one Super Bowl, his career wasn’t necessarily worse.

Simms retired with a much higher winning percentage than Manning. Eli retired with an even 117-117 record while Simms hung up his cleats with a record of 95-64. Manning’s counting numbers are more impressive, and he won two Super Bowl MVPs to Simms’ one, but his career wasn’t obviously better.

Quarterbacks like Ken Stabler, Boomer Esiason, and Randall Cunningham haven’t been inducted, so Eli Manning is far from a sure thing. If he doesn’t make it, it would just be another reason why his $252 million in career earnings should be even more embarrassing.