It’s no secret that President Donald Trump has clashed with certain governors regarding coronavirus response. Facebook has now taken a side. And it’s not the side you think.

The social media behemoth removed events promoting protests of governors’ “stay-at-home” orders.  That seems to be a clear message to users who defy government orders. But these protestors aren’t the only ones promoting an anti-quarantine message.

Donald Trump has been infusing these movements with life on social media, and Facebook and Twitter have stood idly by and let it happen. 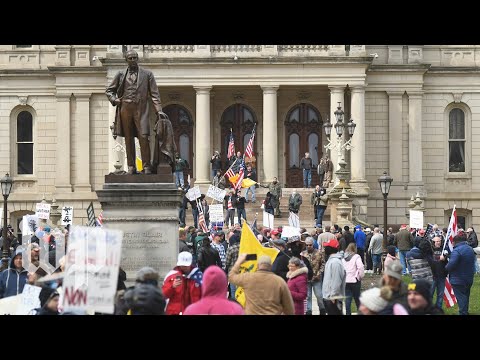 As the coronavirus pandemic slogs through the United States, some of the country’s residents are getting antsy. Protestors have gathered in Lansing, Minnesota, and Huntington Beach, CA, to let the government know they’re tired of following the rules.

Even though the U.S. now leads the world with nearly 800,000 coronavirus cases and over 35,000 deaths, these folks don’t want any part of curbing the spread.

Groups trying to organize against quarantine efforts have been gaining momentum all across Facebook.

Facebook announced on Monday that they would no longer be giving a platform to these events. The social media giant removed anti-quarantine events in Nebraska, California, and New Jersey.

Unless government prohibits the event during this time, we allow it to be organized on Facebook. For this same reason, events that defy government’s guidance on social distancing aren’t allowed on Facebook.

Point made. If you go against measures prohibited by the government, you have no place on Facebook.

But what do you do when the man inciting people to defy their government is, well, the leader of the government? 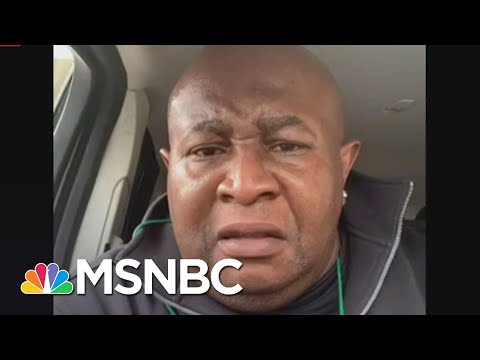 Donald Trump Is Pouring Gasoline on the Flame

While the likelihood of either social media company banning the president is extremely low, their lack of action reveals massive hypocrisy.

How can Facebook ban these protestor’s events when the man egging them on goes unpunished? Trump has encouraged their ignorant behavior since day one. He’s literally contradicting his own guidelines for “Opening Up America Again.”

The guidelines for Phase One, which we have not yet arrived at, state:

Avoid SOCIALIZING in groups of more than 10 people in circumstances that do not readily allow for appropriate physical distancing.

And yet, when far more than ten protestors gathered in Minnesota, the ‘ultimate authority’ gave them the green light on Twitter:

He did the same thing for all the Michiganders who are tired of doing their part to keep the country safe. And he did on Facebook, too:

It’s fair to wonder if these protestors would feel so empowered if it weren’t for the ‘leader’ of the country, encouraging them.

Over the past few years, people have called for Twitter CEO Jack Dorsey to ban Donald Trump for breaking the company’s guidelines.

Senator Kamala Harris called for his suspension in 2018 for harassing a whistleblower. Others have likened his intimidating tweets at Iran to “threats of violence.” He’s even been accused of making racial slurs, but Twitter has let it slide every time.

Now he’s inciting people in ways that threaten the livelihood of the entire country. Not only that, but he’s telling them to go directly against government orders. While Facebook may make themselves appear noble by banning events, they’re letting the real problem run amok.