The Dow Jones swung between gains and losses on Wednesday after the Federal Reserve cut interest rates by 0.25%. The removal of the phrase “act as appropriate” from the formal policy statement initially dented the Dow, as investors viewed this as a sign the Fed may be done easing. Stocks eventually regained their footing when Fed Chair Jerome Powell took the stand.

All three major US stock market indexes advanced in late afternoon trading, despite careening toward losses in the immediate aftermath of the Fed decision.

The Federal Reserve’s “hawkish interest rate cut” decision was largely what markets expected, though the policy statement still indicated concerns about the outlook for global trade and investment.

Commodities sold off in response to the rate cut. Both crude oil and the gold price were hurt by a surging US dollar.

Bucking the trend for global central banks, the Bank of Canada did not cut interest rates, instead opting to maintain a neutral stance.

The Dow Jones fell earlier in the day as news broke that Chilean President Sebastian Pinera was canceling the APEC summit next month. Donald Trump had teased the possibility of a meeting with Chinese President Xi Jinping, where a “phase one” trade deal might be signed.

Putting additional pressure on the Dow, there are signs that Trump’s vigorous attempts to force China to buy more US agricultural goods are falling on deaf ears. The Asian nation is refusing to buy excess products that it doesn’t need.

It was not all bad news for an edgy stock market, however, as Treasury Secretary Steven Mnuchin provided his daily dose of zen. Mnuchin assured investors that he’s encouraged with the direction of trade talks and remains optimistic about a November deal.

US GDP Solid But Risks Remain for the Stock Market

US GDP printed a growth rate of 1.9%, beating forecasts of 1.6%, but did show a decline from the previous reading of 2.0%. While the domestic economy continues to look resilient, the fundamental story might still be trending in the wrong direction.

Chief Economist James Knightley at ING believes that weakness in manufacturing is filtering through to the vital US consumer that drives earnings for most of the companies in the stock market.

“The current US expansion is the longest in history and while we see it continuing through 2020, the risks of at least one-quarter of negative growth are rising. Weak global growth and the headwinds from lingering trade tensions coupled with a strong dollar have clearly depressed activity in the manufacturing sector. Unfortunately, there is growing evidence that the slowdown is spreading to the consumer and service sectors given the recent ISM non-manufacturing surveys and retail sales numbers.”

The Dow 30 was in for a grind on Wednesday, as the scrutiny on Boeing (-1.03%) continued on Capitol Hill. Weighing on the aerospace manufacturer, revelations that engineers raised concerns about the 737 Max before the two fatal crashes brought yet more bad news for BA stock. 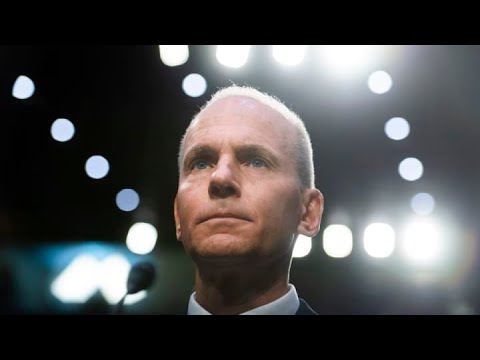 Johnson & Johnson was 2.72% higher after a series of tests found no traces of asbestos in its baby powder, which was taken as a rare win for the scandal-plagued company.

Apple heads into a critical earnings release on shaky footing, drooping 0.26% following multiple days of profit-taking. Goldman Sachs, which declined 0.68%, was hurt by falling yields as the Fed cut rates.