By CCN.com: The Dow executed a swift recovery on Wednesday, erasing its previous-day losses as Wall Street doubled down on its belief that the Federal Reserve will aggressively lower interest rates throughout the remainder of the year – and possibly even into 2020.

President Trump, meanwhile, continues to throw his weight around in a bid to pressure the Fed into giving the market the easing cycle it wants.

The US stock market’s three major indices all zipped toward substantial gains during the morning session. 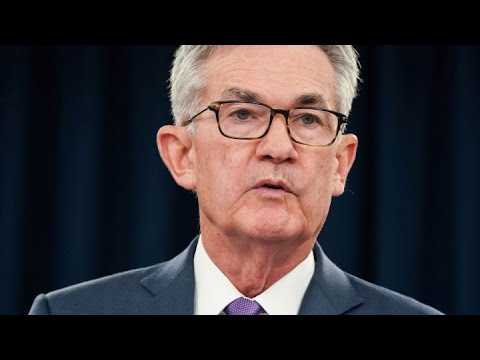 While the economic landscape has shifted considerably since the July FOMC meeting, analysts are eager to discover more details about the Fed’s policy debate, which culminated in the first interest rate reduction since the financial crisis.

The FOMC minutes should expose whether other FOMC voters agree with Powell’s evaluation that the 25 basis point cut was a “mid-cycle adjustment.” Wall Street will also search for clues about what would compel policymakers to adopt a deliberate easing cycle.

The Federal Reserve will publish the FOMC minutes at 2 pm ET.

According to CME’s FedWatch Tool, the market has overwhelmingly priced in rate reductions at the September and October FOMC meetings. There’s also a 48.1% probability of a December cut, which would reduce the Fed’s target to 1.25-1.5% heading into the new year.

However, Danske Bank analysts believe the Fed will be even more aggressive.

A Danske Bank team led by Mikael Olai Milhoj predicts that the Fed will implement 25 basis point cuts at each of the next five FOMC meetings. That would plunge interest rates to 0.75-1.00% following the Fed meeting in March 2020.

“In our view, U.S. growth has peaked and will likely slow but we do not expect a recession to show up in the data near term (depending on Fed action),” the analysts wrote.

Trump: Powell Is a ‘Golfer Who Can’t Putt’

President Trump, meanwhile, continues to hold Powell’s feet to the fire, alleging that he “has called it wrong” and “only let us down.”

The Fed chair, Trump said on Wednesday, “is like a golfer who can’t putt, has no touch.”

…..We are competing with many countries that have a far lower interest rate, and we should be lower than them. Yesterday, “highest Dollar in U.S.History.” No inflation. Wake up Federal Reserve. Such growth potential, almost like never before!

Earlier this week, Trump called for the Fed to slice rates by 100 basis points “over a fairly short period of time.”