An exhausted Dow Jones struggled to rally on Friday, even after Donald Trump unveiled details of his plan to abandon December’s tariff hikes.

The Dow was well priced for this eventuality, and some concerns remain over the viability of securing a more substantial trade deal, especially given how much the White House labored to achieve this basic agreement.

Dow Jones Runs Out of Gas as Trade Deal Underwhelms

The Nasdaq was the top-performing of the three major US stock market indices. It rallied 0.2%, while the Dow Jones Industrial Average and S&P 500 mostly tracked sideways.

Crude oil continues to rally, up 1.4% to close the week, while the price of gold enjoyed another bullish bump with a 0.6% gain.

Some disappointing retail sales data was a concern for the Dow, as this is the latest in a long string of macro releases suggesting that isolated weakness in specific sectors of the economy may now be leaking into the vital consumer sector.

US President Donald Trump took to Twitter to outline some more detail on his phase one trade deal. While the tweets brought no surprises, it was notable to see that “phase two” negotiations are an immediate priority.

Trump spoke from the White House today during a meeting with the president of Paraguay. His precise wording on the proposed Chinese agricultural purchases was that he “thinks they’ll hit…much more than $50 billion…pretty soon,” suggesting a looser arrangement than US negotiators had been angling for.

This degree of uncertainty may be what is keeping the Dow Jones from reacting even more positively to the expected cancellation of December’s tariffs. 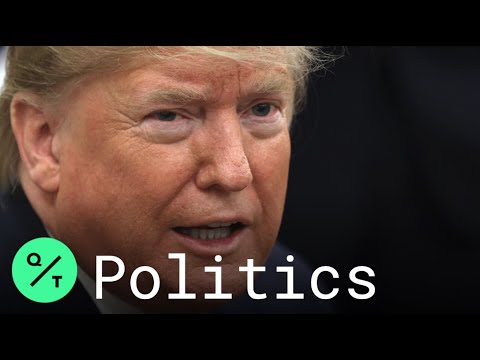 Wall Street Has Doubts About “Phase One” Deal

Articulating many investors’ views, Han de Jong, Chief Economist at ABN AMRO, outlined his skepticism that China has shifted its stance on purchasing an unnecessary surplus of food for its dwindling pork industry.

Focusing on the reaction in Washington, he notes that while there is a chance that Trump will further reduce his import taxes on Chinese goods, both Republicans and Democrats are concerned that the president is losing his negotiating edge.

The Americans will not introduce new levies that were planned for 15 December and there is talk of the possibility that tariffs already imposed will be reduced. However, there is criticism now both from Republican ranks as well as from Democrats that President Trump will give away a strong leverage if tariffs are reduced.

If the White House has lost its best bargaining chip, there would be a non-negligible chance of having to re-escalate the trade war, which will always remain a lingering concern for Dow bulls until a significant resolution is made.

Joseph Bruesalas, RSM’s chief US economist, doubts if Trump’s deal will even survive the next few days. He also fears that a trade war with Europe is around the corner, stating on Twitter,

Both China & US say there is a trade deal. Rollback of Sep tariff to 7.5%. But, what is the number on agricultural purchases. How is it an agreement if both sides have not yet converged on a number? Wondering if this so-called deal survives the weekend?

Watching the trade presser & it’s exactly what many fear: interpretation of victory and immediate turn towards Europe on trade. Btw, what about Huawei?”

Wall Street’s worries about the enforceability of the trade deal were compounded late in the trading session, as one of Trump’s top economic advisers, Larry Kudlow, said “we will see” when pressed as to whether China would uphold their end of the bargain. Kudlow’s admission sent stocks slipping lower as investors’ concerns were realized. 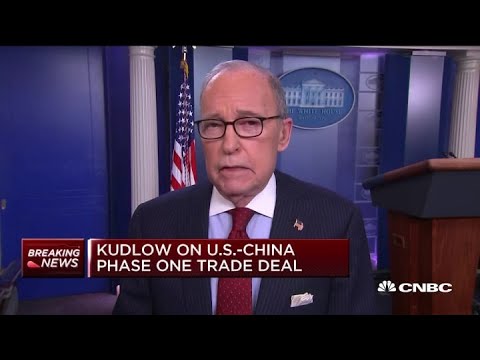 It was a very mixed day in the Dow 30 as the dust settled from a hectic week filled with volatile swings.

Unfortunately for the index, Boeing (BA) stock was once again taking a pounding (-1.4%) after the FAA chief pushed back against the company’s efforts to restore the 737 MAX to the skies. Additional pressure came from the fact that Qantas joined United as the latest airline to choose Airbus over Boeing to fill a specific need in its fleet.

Apple (AAPL) stock jumped over 1.1%, helping cushion the Dow Jones from what otherwise could have been a rough day in the stock market. Microsoft (MSFT), another of the world’s most valuable companies, chipped in a 0.9% rally. 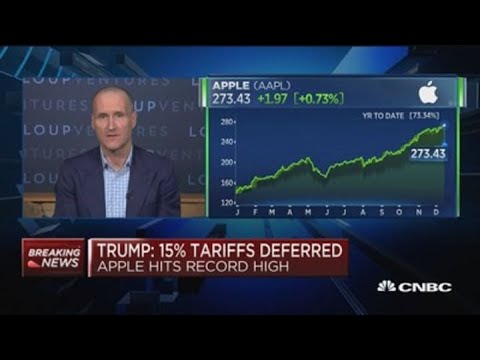 Suggesting some trepidation over the China deal, global trade barometer Caterpillar (CAT) stock fell an even 1%.