By CCN.com: Following the imposition of additional tariffs by the U.S. and China, the Dow Jones has declined slightly from 26,592 points to 25,585 points, by less than 4 percent in the past month.

The Dow Jones and the rest of the U.S. equities market have performed quite strongly in recent weeks considering the intensifying dispute between the U.S. and China caused by the fallout of the latest round of trade talks.

In the past several days, reports have suggested that the Dow Jones is demonstrating stability based on renewed hopes on a trade deal. On May 23, Reuters reported that President Donald Trump said that trade talks are happening fast.

“It’s happening, it’s happening fast and I think things probably are going to happen with China fast because I cannot imagine that they can be thrilled with thousands of companies leaving their shores for other places,” President Trump said at the White House.

However, according to Hu Xijin, the editor-in-chief of Chinese and English editions of the Global Times, the expectation of a trade deal in the near-term is an illusion and that the trade war is likely to last a long time.

“President Trump on Thursday predicted a swift end to China-US trade war. This kind of confidence believing that the US can quickly press China to submit is the biggest obstacle to reaching a deal. The trade war may last for a long time. I think people better not hold illusion,” Xijin said.

Echoing the sentiment of Friedrich Wu, a professor at Nanyang Technological University in Singapore who said that the deal is simply not attractive to the domestic audience, Xijin further emphasized that an increasing portion of China’s population are not supportive of the intent of the U.S.

The analyst noted that the domestic audience sees the motive of the U.S. is to slow down the economic development of China.

More and more Chinese now believe the US wants to sabotage China’s economic development, not so-called fair trade with China. Huawei issue has greatly strengthened such an understanding among Chinese. Are we misreading US intentions? The US side should explain it seriously.

As CCN.com previously reported, speaking to Steve Hilton on The Next Revolution hosted by Fox News on May 20, President Trump said that the U.S. won’t let China catch the U.S. and evolve into a global superpower. 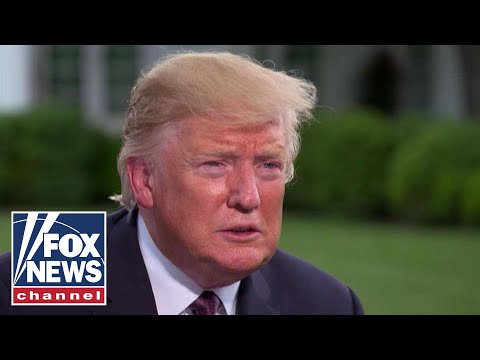 “They were catching us. They were going to be bigger than us if Hilary Clinton became President, China would have been a much bigger economy than us by the end of her term. And now, it’s not even going to be close,” President Trump said.

It is possible, as local analysts like Xijin suggested, that China may see an opposing intent from U.S. negotiators and the domestic audience may not be satisfied with the requests of the U.S. for changes in China’s industrial policies.

When could a deal be reached?

Xijin said that he foresees the establishment of a full accord by the second half of 2019 and that it is unlikely to drag onto the next presidential election.

If the trade dispute extends for many months ahead, it will likely cause the growth rate of the global economy to slow down, leaving both the U.S. and China to move towards a deal for stability.

In the near-term, however, local analysts do not foresee a swift deal happening, which could lead to a slump for the Dow Jones which has performed considerably well amidst worsening geopolitical risks.