Short-sellers are finally capitulating as hedge funds start adding more and more exposure to equities. A positive sign for stocks?

It’s been called the ‘most hated stock market rally in history,’ but even the bears are finally admitting that stocks want to go higher. The Dow Jones Industrial Average (DJIA) climbed by triple digits on Monday.

According to a new Bloomberg report, stock market bears have thrown in the towel. Hedge funds have dramatically slashed their short-positions in the last week. And they’re buying stocks again.

Investors are perhaps beginning to realise that 5% drops in the market, like we saw last week, may in fact be buying points. Nannette Hechler Fayd’herbe, chief investment officer at Credit Suisse, expects to see more money buying these dips when they happen.

We like to think of any setbacks that is perhaps 5-10% in global equities as a buying opportunities for many investors who have not plunged into equities before now.

Despite opening in the red on Sunday night, Dow futures turned positive on Monday morning and held that way through the opening bell.

Ever since the March collapse, we’ve heard a chorus of bears calling for a second selloff and even new lows. But it never came. Instead, the market pushed stubbornly higher. The Nasdaq even carved out a new all-time high.

It’s been frustrating and maddening for those betting against the market. Many legendary traders were caught out and left on the sidelines. As you can see in the Bloomberg chart above, hedge funds have been net short since the end of March, even as the market pushed higher. The cause of this recovery? Fayd’herbe has a simple answer: central banks.

They are absolutely supporting risk assets. 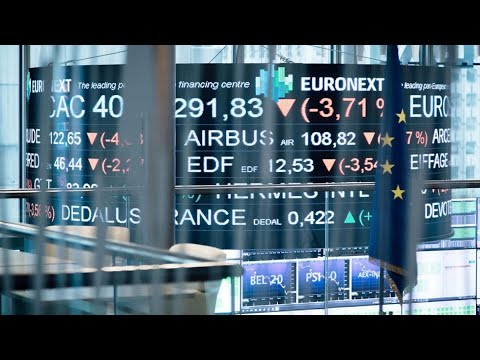 Short-sellers are now capitulating. According to Bloomberg, short interest as a percentage of shares outstanding in S&P 500 trusts fell to 4.9% from 6.7%. And a popular hedge fund tracker is now back above zero – indicating that funds are increasing their exposure to equities and exiting their short positions or hedges.

Last week’s selloff was triggered as virus cases accelerated across America. Over the weekend, Florida, Texas, and parts of California rolled back their re-opening plans as hospitalisations soared. Christopher Harvey at Wells Fargo, however, said this shouldn’t worry the markets too much.

They [virus headlines are] not great, but they’re still well within the realm of possibilities of what we expect.

In other words, the threat of a second wave and new restrictions are already broadly priced into the market. The U.S. passed 2.5 million cases over the weekend while the global total surpassed 10 million.

Investors are still underestimating one thing…

Although America’s virus headlines may already be baked into the market, one thing isn’t. A Joe Biden victory. That’s according to Wells Fargo’s Harvey.

We do think investors are underpricing the political risk [of Biden winning].

He says clients are only now beginning to question what this means for taxes. And whether Democrats will sweep the Senate and the White House. Harvey has good reason to be concerned. Stocks have a history of collapsing when an opposition party looks strong going into an election.

While Biden is less disruptive than former candidates Elizabeth Warren and Bernie Sanders, he could usher in new regulation and stricter taxes. With all this in mind, Fayd’herbe is still overall cautious on the broader market.

I think we are indeed going to stay in this range, and perhaps show a little bit of short-term weakness here in global equities.

September 26, 2020 1 Comment
← PreviousWall Street Faces Brutal Stock Market Reckoning with a Joe Biden Victory
Next →Many Pros Are Still Bullish About the Stock Market – Could They Be Right?