The Dow Jones traded flat on Thursday as the U.S. stock market reversed its opening bell pop. Despite the small pullback, the index has soared this week – even amid renewed tensions between the U.S. and China.

In no uncertain terms, the White House has come down hard on Beijing over this, threatening to yank Hong Kong’s special trade status.

China will retaliate on this. It’s more the Chinese retaliation that I’m waiting for and worried about, because I don’t know how they will retaliate. 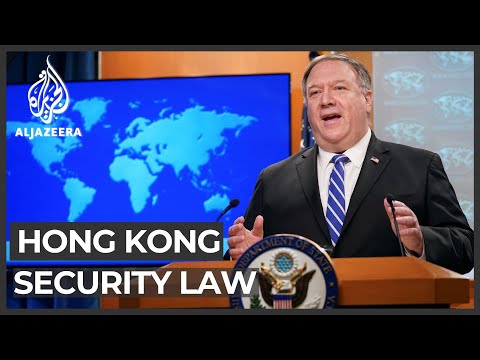 The latest flare up in tensions could put a dent in the week’s blistering stock market rally. And it threatens to blow up the delicate phase one trade deal between the two nations.

U.S. stocks shot higher at the opening bell, though they quickly receded in the minutes that followed.

The new law, often referred to as the ‘nuclear option‘ allows Beijing to quash unrest in Hong Kong in a bid to reign in the ongoing protests.

But the White House believes it’s a Chinese power grab; an attempt to exert more control over Hong Kong. Pompeo was pretty clear when he told Congress that “no reasonable person” can claim Hong Kong still has autonomy.

Congress could now yank Hong Kong’s special trade status. A move that would choke investment in the region and rile up Beijing.

Make no mistake, this is a blow for U.S.-China relations. Speaking to Bloomberg, Craig Allen, head of the US-China Business Council, said: 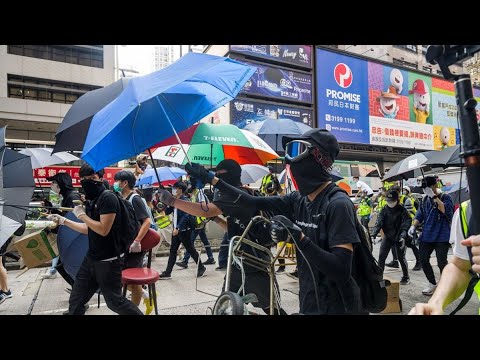 Allen said the implications on trade and monetary policy aren’t yet clear, but “the signs are quite worrying.”

Zhaoyin Feng at the BBC agreed that the move will roil Beijing and erode the already frayed relationship. China is likely to retaliate to any threat from Washington and could spark another tit-for-tat battle.

Not all investors are worried about the renewed China tension. Stefan Hofer of LGT Bank Asia said it may not amount to much more than angry rhetoric. There’s no way Trump will risk the phase one trade deal, according to Hofer.

While the temperature is being raised on Beijing as we move forward, the phase one trade deal, we assume, is not going to be put in jeopardy.

The trade deal with China plays too well with Trump’s base, argues Hofer, and he needs that support going into the 2020 election. The hot-air between Washington and Beijing may bring some volatility to the market, but it’s not yet a death blow.