By CCN.com: The Dow continued to grind higher on Thursday ahead of the Federal Reserve’s highly-anticipated Jackson Hole Summit. However, another barrage of trade war attacks threatens to bleed the optimism out of this latest stock market recovery.

All of Wall Street’s major indices secured modest gains during the morning session. The Dow Jones Industrial Average rose 109.15 points or 0.42%, raising the index to 26,311.88.

The US stock market extended its recovery on Thursday, placing the Dow in position to erase the final portion of its losses from last week’s brutal 800 point plunge. The DJIA just needs to close above 26,279.91 to complete that comeback.

Unfortunately, the rally’s most fearsome nemesis – the trade war – continues to rear its ugly head.

Earlier today, a Chinese official unleashed a sharp warning to the Trump administration, alleging that if the United States imposes any new tariffs on China, Beijing will be “forced” to retaliate.

However, Beijing warned that even the reduced slate of tariffs is unacceptable.

“Despite the U.S. decision to delay tariffs on some Chinese goods …. if the United States rides roughshod over China’s opposition and impose any new tariffs, China will be forced to adopt retaliatory actions,” Ministry of Commerce spokesman Gao Feng said, according to a Reuters report.

Moreover, there’s no guarantee that the White House is finished hiking tariffs on Chinese imports. With the Dow and other major stock indices edging back toward their all-time highs, Trump might feel emboldened to again use duties to put pressure on Beijing.

WSJ: US Companies Remain Trapped in the Crossfire 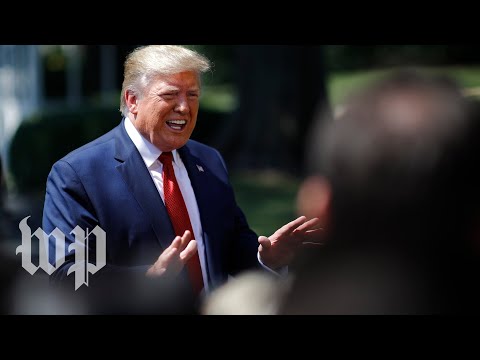 All of this leaves major US companies that rely on China for cheap manufacturing in a difficult position.

In theory, the recent reprieve in concrete tariff escalations should provide US companies with substantial China dealings the time to shift manufacturing to other countries, like Vietnam.

However, the Wall Street Journal reports that US firms are finding it “impossible” to operate in Vietnam, which already faces a labor shortage and is more than a decade behind China by crucial logistical metrics.