The Dow stumbled on Wednesday as the trade war neared a crucial deadline. One strategist warns investors to prepare for a stock market "death spiral." | Source: REUTERS / Brendan McDermid

The Dow stumbled toward a losing session on Wednesday after President Trump appeared to double down on his controversial trade war strategy ahead of new tariffs scheduled for this weekend.

Meanwhile, one Wall Street strategist warns that the stock market could be on the cusp of entering a nauseating “death spiral.”

The Dow Jones Industrial Average and other bellwether indices continued to bleed this morning after Tuesday’s early rally fell short.

Stocks fell as the trade war crept toward another crucial deadline without a market-friendly resolution.

Both the White House and Beijing plan to impose new tariffs on one another in just four days. 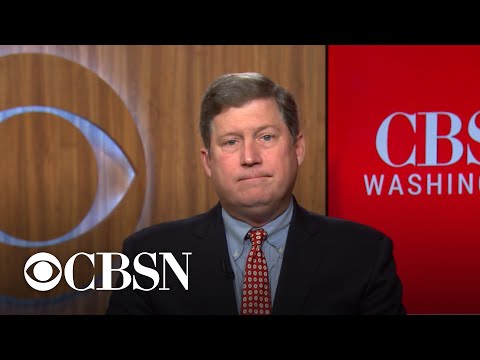 President Trump had appeared to soften his hardline stance on China earlier in the week, stoking optimism that he might delay those tariffs further to bolster a panicky stock market.

However, Trump defended his trade war strategy in a Wednesday morning tweet, lashing out at the “free and interesting advice” he had received from “people who have tried to handle it before and failed miserably.”

So interesting to read and see all of the free and interesting advice I am getting on China, from people who have tried to handle it before and failed miserably – In fact, they got taken to the cleaners. We are doing very well with China. This has never happened to them before!

“We are doing very well with China,” Trump protested. “This has never happened to them before!”

Meanwhile, the US economy’s recession alarms continue to blare.

This morning, the main yield curve – which measures the spread between the yield on the 10-year and 2-year Treasury bonds – plunged to negative 6 basis points, its worst mark since the financial crisis.

Add in troubling housing and manufacturing data, and it’s easy to see why perma-bears like Gluskin Sheff chief economist David Rosenberg have already begun to gloat.

We now have had three months of a 3-mo/10-yr yield curve inversion. The track record this has had in predicting recessions: 100%.

NorthmanTrader strategist Sven Henrich warns that if a recession does set in, the stock market risks succumbing to a vicious death spiral.

If “central banks lose control and we actually do go into a global recession… it can head all the way down to 2,100 on the S&P,” Henrich told CNBC

A comparable pullback would batter the Dow below the 20,000 level – a mark it hasn’t traded below since early 2017.