Futures on all three major U.S. indexes traded in positive territory, setting the stage for a positive start to New York trading at 9:30 a.m. ET. Dow Jones futures climbed as much as 72 points. The futures contract was last up 69 points, or 0.3%, at 26,887.00. 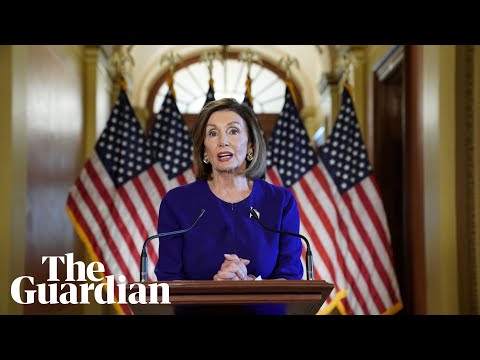 Speaker Nancy Pelosi is moving ahead with a formal impeachment inquiry of Donald Trump over new allegations that the president had pressured Ukraine’s leadership into opening a corruption investigation into Joseph Biden and his son.

The allegations are part of a whistle-blower complaint against President Trump alleging that he willfully held information from Congress. The news broke a few days after the Trump administration froze $391 million in aid to Ukraine.

By initiating the impeachment inquiry, Pelosi and fellow House democrats are looking to draft a resolution condemning the president of wrongful behavior. However, this is no guarantee that the House will vote to charge Trump with crimes that lead to his impeachment. In the meantime, Democrats have threatened to subpoena Trump for a copy of the transcript with his call with Ukrainian President Volodymyr Zelensky.

Trump called the impeachment inquiry “presidential harassment” on Twitter. He added that Secretary of State Mike Pompeo received permission from Ukraine to release the transcript of the telephone call.

Secretary of State Pompeo recieved permission from Ukraine Government to release the transcript of the telephone call I had with their President. They don’t know either what the big deal is. A total Witch Hunt Scam by the Democrats!